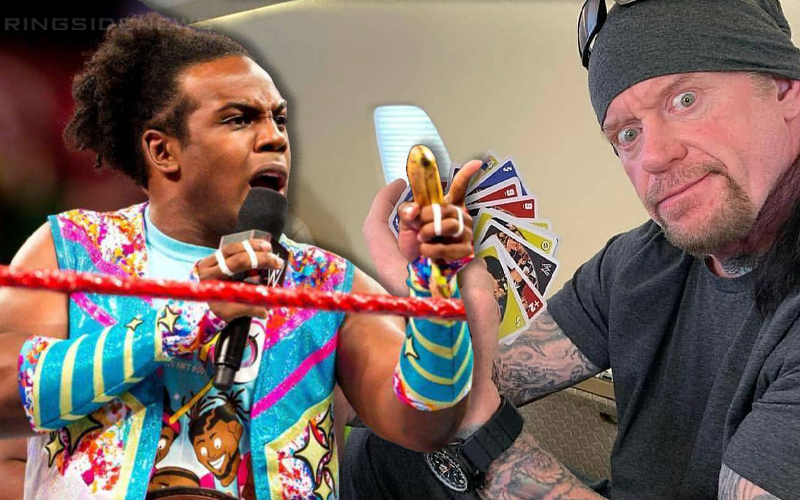 The Undertaker is a legend in the ring, but Xavier Woods says The Dead Man can’t touch him when it comes to playing Uno.

There are very popular pictures of Taker doing “regular people things” floating around online and one of them shows The Phenom playing Uno. Xavier Woods couldn’t help but comment and let people know how revered Taker is before throwing a little challenge down while saying that he can’t touch Woods at Uno.

This man is a legend he’s absolutely incredible. I look up to him literally and figuratively. If I end up being a tenth of the man he is then I’ll consider that a success. He’s an inspiration to us all! But please understand one thing….. He cannot touch me in #Uno


Since The Undertaker is on social media now it’s always possible that he could reply to this. If anything, it would make an epic episode of Up Up Down Down. Woods would have to suspend the video game aspect of his channel for an episode, but he’d probably be willing to make an exception for The Undertaker.