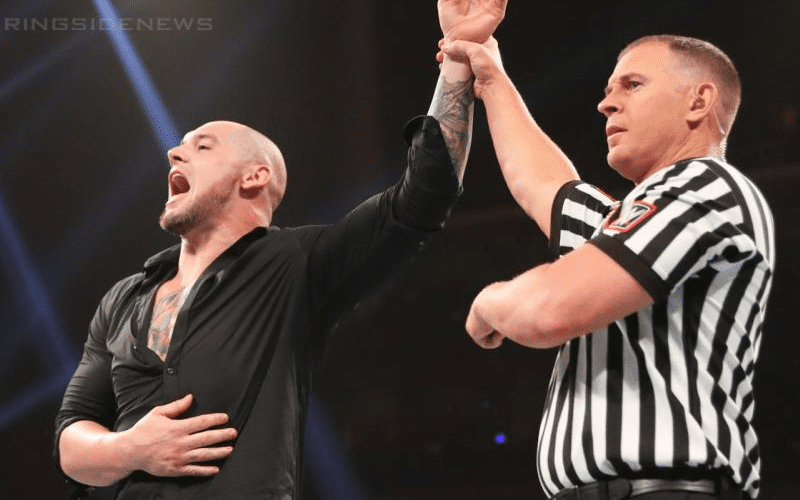 WWE made a couple of changes to the main event of RAW this week. It was slated to be a fatal four-way match that would determine the #1 contender for the WWE Universal Title. The winner of the match still got a title shot at WWE Super ShowDown on June 7th, but the man who had his hand raised wasn’t even a part of the match to begin with.

We previously reported that AJ Styles’ current back injury is a work to write him off of television. He will get about a month off and Baron Corbin apparently helped that along with a backstage attack. This happened after Styles was pulled from the match and Corbin took his place.

The fatal four-way match was now Baron Corbin vs Braun Strowman vs Bobby Lashley vs The Miz. Announcers called attention to the fact that this match was now an elimination match out of the blue to change the stipulation.

During the match, the announce team theorized that if Strowman or Lashley win then they will face each other and then go on to have a WWE Universal Title match at Super ShowDown. However, the two ended up brawling to the back and when Baron Corbin defeated The Miz with an End Of Days the bell rang and the match was over.

The Wrestling Observer Newsletter noted that the awkward booking decision at the end of this elimination match that ended with only one pinfall was done to protect The Monster Among Men.

The change was made because if it was an elimination match, Strowman would have to lose a fall and they didn’t want to do that.

Braun Strowman is still being protected which is a good sign for him. However, having him and Lashley in this #1 contender match seemed to only make things more confusing when everything was said and done.