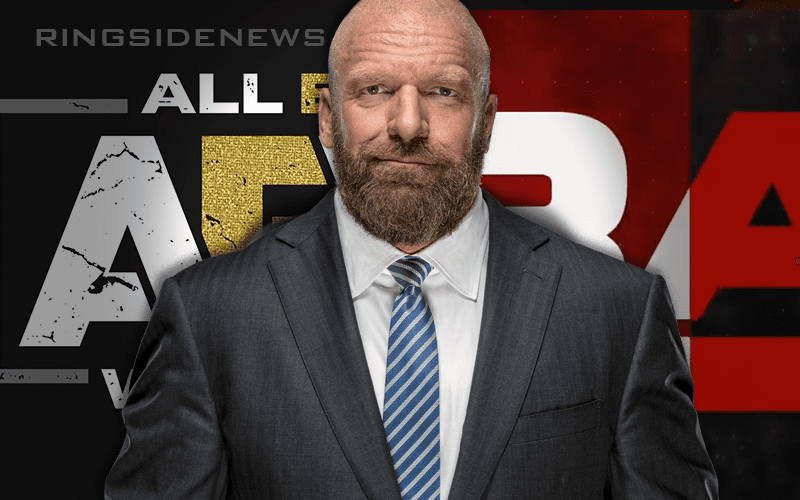 AEW is on WWE’s radar now as they have been continually monitoring the situation from day one. The two sides have already fired a couple of shots at each other, but will there be more to come at NXT TakeOver: XXV?

AEW Double Or Nothing included a pretty straight forward shot at Triple H specifically as The American Nightmare destroyed a throne with a sledgehammer on the stage. This was a very symbolic gesture that was hard to ignore.

Triple H was asked about AEW’s blatant shots at WWE during Double Or Nothing on a NXT TakeOver: XXV media call. The Game was also asked if any retaliation is planned. He was quite open to discuss this as he mentioned his own WWE Hall Of Fame jabs at the new “pissant company.”

“It was nothing more than that and to be honest with DX if you don’t sorta do that then we’re kinda not doing what we do and trust me a lot of that also wasn’t necessarily laid out and planned and things kinda just went along [at the WWE Hall Of Fame].”

“So what they are you know for me I don’t even think about it to be honest for me when it comes to this TakeOver I just wanna put out the best product possible. I’m not focused on anybody else. I’m not thinking about anybody else’s creative or what they said or didn’t say or anything else.”

Triple H is focused on making NXT something great. Plenty of WWE fans prefer the developmental product to the main roster now and there is a reason for that. AEW is simply going to highlight those reasons. This won’t stop Triple H and the NXT crew from bringing the best pro wrestling event possible this Saturday.

You can check back to Ringside News this Saturday as we will have complete coverage of NXT TakeOver: XXV.