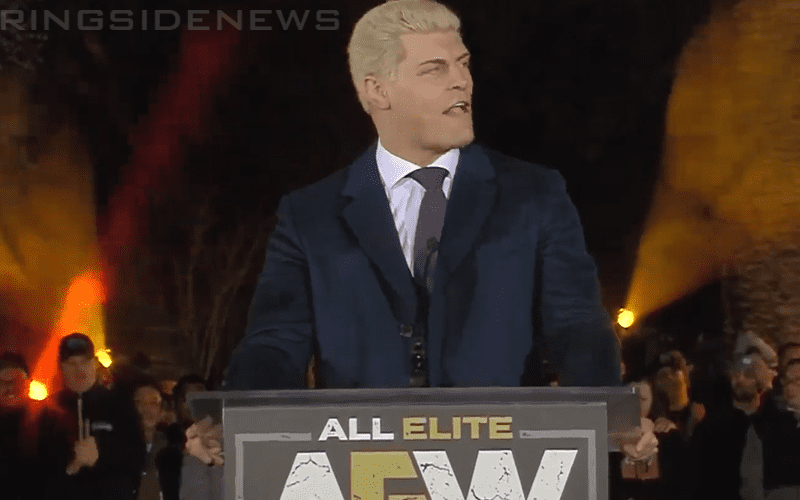 AEW Double Or Nothing brought a lot of differing opinions, but the overwhelming sentiment is that All Elite Wrestling put on a great first pay-per-view.

Brad Shepard said on Oh, You Didn’t Know that a “high-level” source in WWE commented to him that they see AEW as a good thing for pro wrestling.

This didn’t stop them from suggesting that AEW move away from featuring so many older stars, but they are also obviously working hard to bring a lot more attention to their fresher faces as well.

“I spoke with a high-level source in the company and I got their thoughts about AEW and Double Or Nothing. The source said: ‘I have to admit that AEW is good for wrestling as a whole. Dirt sheets and YouTube are bursting with content and reactions to the show. I didn’t like the idea of getting so many old guys involved, but I understand at least for their first show. Going forward they should obviously focus more on their own core talent versus taking shots at WWE or bringing in somebody like Bret Hart.'”

AEW brought a lot to the table and had way more than just “old guys” on their show. Bret Hart showing up was actually a replacement for Ric Flair when The Nature Boy was unable to make the trip.