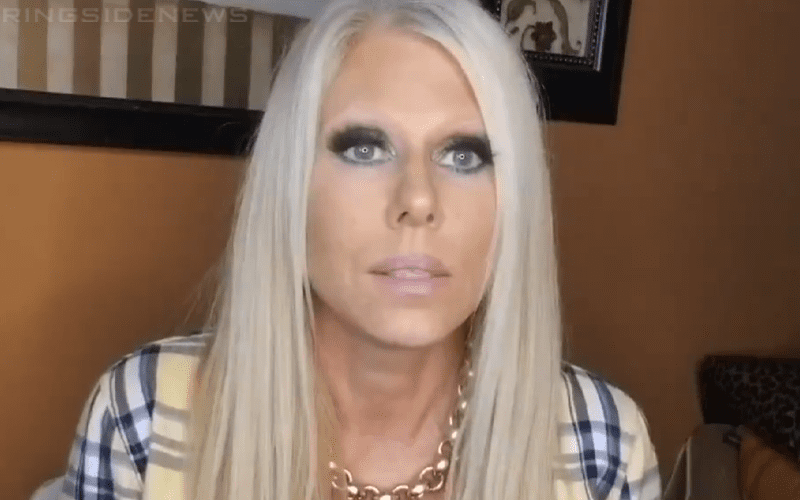 Terri Runnels made a big mistake when she stepped into an airport with a loaded handgun. She was arrested because they don’t play around with things like that no matter how many of your posters were on the walls of teenage boys during the Attitude Era.

Runnels later posted a $2,000 bail, but she could still have some explaining to do in court. Now the former WWE Superstar is explaining herself in a video on her Twitter account.

The former Marlena said that she was with her mom for about a week and a half so she had her heat with her. She got home and got eight hours of sleep in three days. Then she got up around 4:00 AM to go to the airport to make a flight for a show. She didn’t think about the fact that she had her gun in her Vera Bradley tote that she always takes on the plane with her. It is important to visualize this tote.

“I’ve never been in trouble in my life and it scared the hell out of me,” she said. It still scares her because she could have some charges for this mistake.