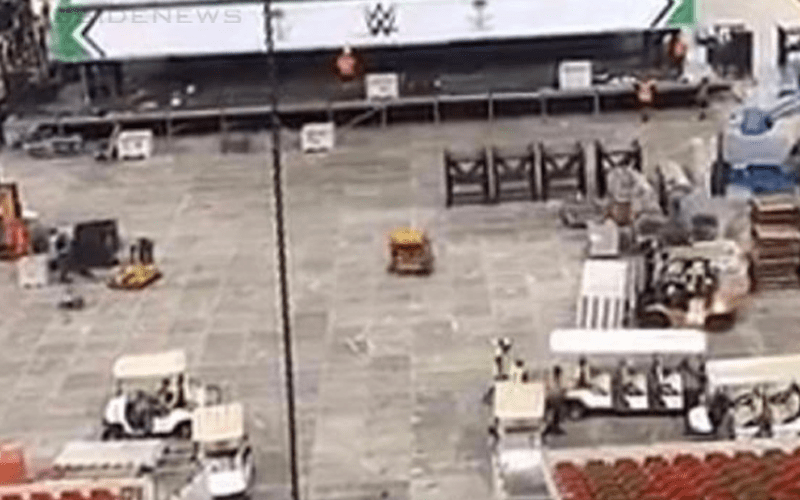 WWE is headed back to Saudi Arabia on June 7th even though the company isn’t allowed to say the name of the country on television. They are promising a “WrestleMania caliber event,” so they have a lot to build.

Even though the WWE Super ShowDown event isn’t happening until June 7th they are well underway to make sure that they event is set up on time.

There is now an image from The King Abdullah Sports City showing off their progress so far in setting up for the massive Saudi show.

In a caption translated from Arabic, they promoted the latest preparations for the WWE Super ShowDown event.

WWE Super ShowDown might be a controversial event, but it is still looking like a loaded show. If you don’t plan on watching, that’s okay too. Because we will have all the latest info right here at Ringside News as the event kicks off at 2:00 PM on June 7th.