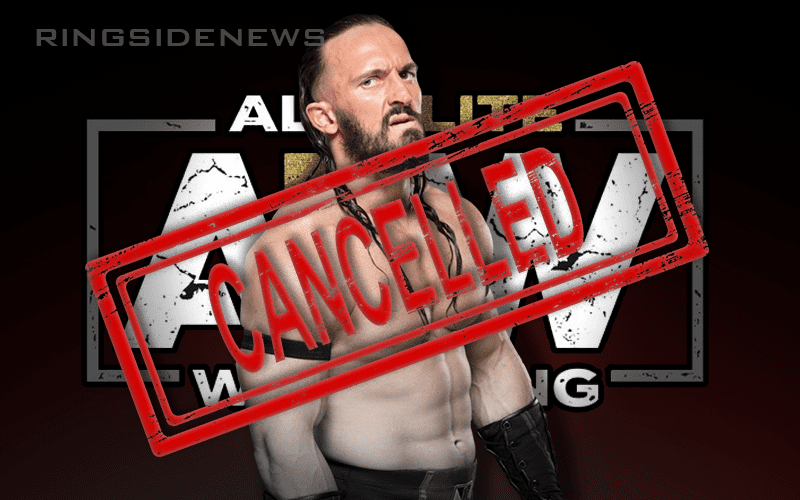 Pac was slated to work AEW Double Or Nothing against Hangman Page. The event was still a big success without him, but Adam Page had to win the Casino Royale match instead to earn a #1 contender spot for the All Elite World Title.

Now Hangman will face Chris Jericho at an event yet to be announced for AEW’s new top title. Pac on the other hand might not work for AEW again.

He had an issue losing to Kenny Omega later on. This leads us to believe that Omega might have been slated to go over Chris Jericho at Double Or Nothing in their original plans. Because Pac was slated to defeat Hangman Page at Double Or Nothing to set up an eventual title match which Pac presumably wouldn’t have won.

Now Pac’s appearance at Fyter Fest has been canceled as well. He was supposed to team with The Lucha Brothers to take on Kenny Omega and The Young Bucks. However, a vacant slot of a mystery man’s silhouette is all that remains in the spot that used to have Pac’s image.