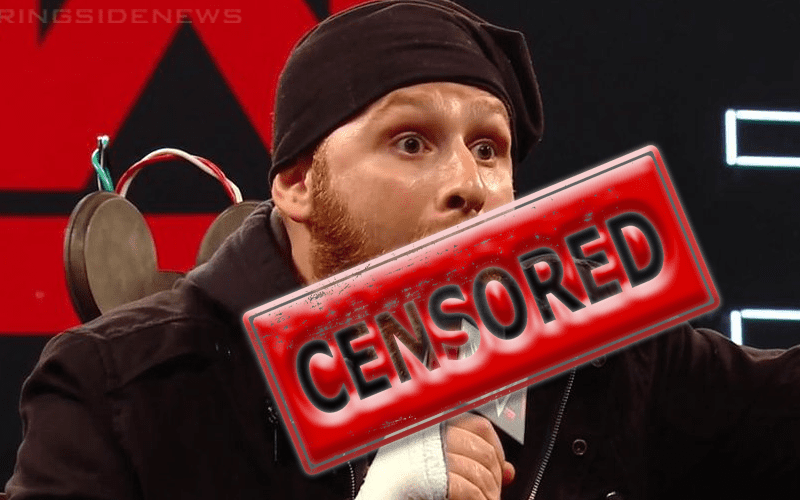 AEW Double Or Nothing set the pro wrestling world on fire. There are a lot of metaphors we could have gone with there and we’ll probably get to them all eventually because All Elite Wrestling is just getting started. WWE answered back this week on Raw by putting out a lackluster show and then namedropping their new competition.

WWE told Superstars that Sami Zayn wasn’t supposed to mention AEW, but that line was actually scripted. Things aren’t good backstage when the boys are getting worked. They don’t like that and this is not a good time for WWE to be upsetting Superstars.

Sami Zayn had enough of Corey Graves’ Electric Chair segment. In all reality, we might not see the segment again since the chair was tossed out of the ring and broken during the skirmish with Seth Rollins that followed. However, it wasn’t so much Graves that annoyed Sami Zayn as much as the awful questions he was getting from fans.

WWE edited the AEW reference right out of their YouTube video of the segment. It’s also very unlikely it will make the Hulu cut. In case you’re wondering they didn’t do a very good job editing it and you can hear the audience obviously fade in and out with the cut because they had to cut out a ton of “AEW” chants too.

The obvious edit takes place at the 4:15 marker in the video below.

Perhaps WWE was giving fans a reason to watch live so they can hear AEW mentioned on the USA Network. Either way, it might have been best to just not mention the new alternative and focus on putting together a great show which is not what WWE was able to accomplish.