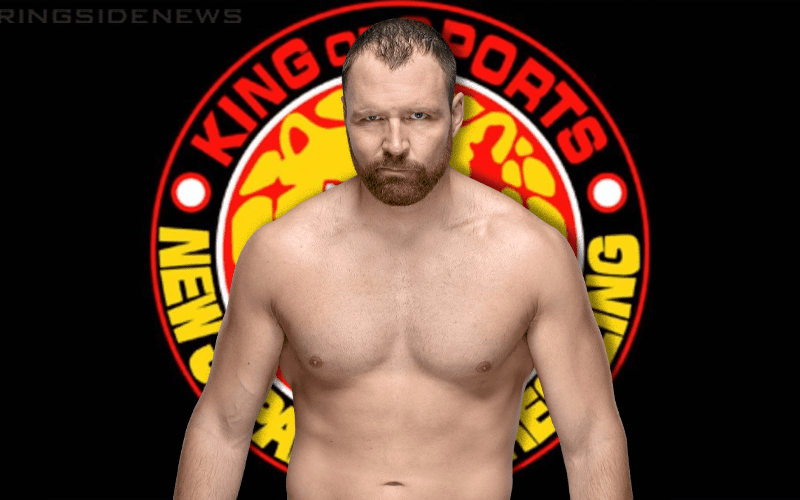 AEW had a big surprise in store for fans as Jon Moxley made his debut for the company at Double Or Nothing, but his first match after leaving WWE won’t be for All Elite Wrestling.

New Japan Pro Wrestling announced on their official website that Jon Moxley vs Juice Robinson will happen on June 5th. This is very interesting because that’s not too far away. This match will also be for Robinson’s IWGP United States Championship.

Of course, Juice Robinson was in WWE as a part of NXT as CJ Parker until he bet on himself and left for NJPW. This has worked out very well for him as his in-ring ability and promos have received a ton of attention as he rose up New Japan’s rankings.

Moxley’s NJPW arrival was hinted at for a while as a mystery man was following Juice around, but they had an agreement with Mox to not mention him specifically until AEW Double Or Nothing was over.

Now it appears that Jon Moxley’s first match after leaving WWE will not only be for New Japan, but it will be a title match against Juice Robinson at Best of the Super Juniors final card next Wednesday.