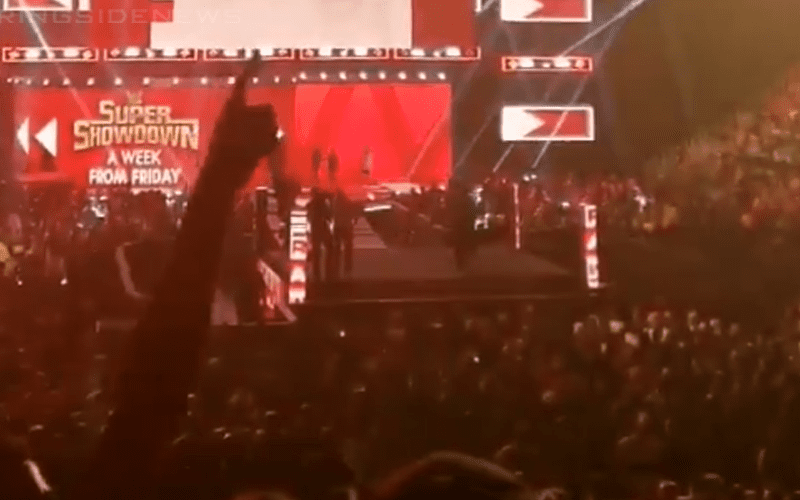 WWE Raw might have consisted of fans in Kansas City who were there to see Vince McMahon’s show, but they obviously watched Double Or Nothing too and wanted to make people aware of it.

Throughout the night WWE had an issue with AEW chants. It didn’t help that their show was not up to par considering their situation. WWE did the best they could to mute the crowd, but some chants could still be heart.

Fan footage shows how loud AEW chants were during RAW and this is just one portion of the crowd. The chants were coming from pockets in the crowd all around the Sprint Center as well.

WWE interestingly enough lied to Superstars about whose fault the AEW mention was from Sami Zayn. Therefore, to follow through with this and keep things legit WWE either has to admit that they were working the boys or they need to suspend or fine Sami Zayn for delivering a scripted line.

Nick Jackson might have enjoyed that AEW reference from Sami Zayn, but the company still edited that line right out of their social media video and replays.