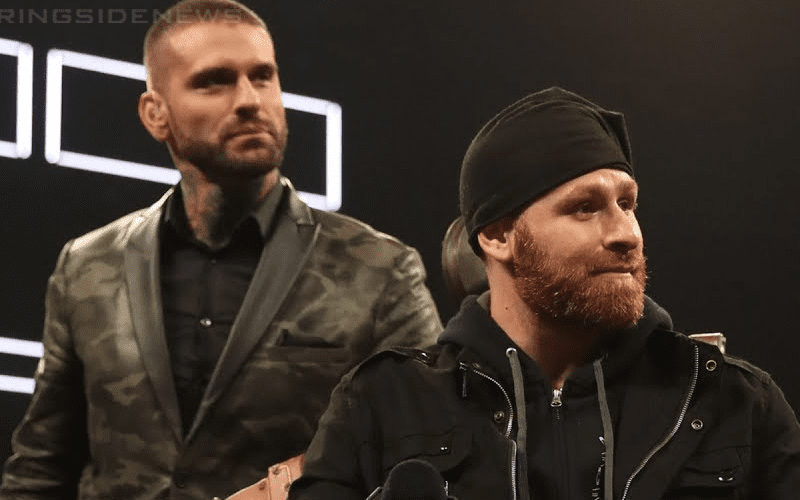 WWE had a great idea this week that involved putting one of their Superstars in an electric chair. This was not a scripted segment either and apparently Vince McMahon was furious about Sami Zayn saying AEW on WWE television.

The fans who were asking the questions were pre-screened so WWE knew what questions they were going to ask. However, they were real fans and not plants at all much to our surprise.

We’re not sure whose idea this was, but Sami Zayn still ended up revealing that fans can ask about AEW if they like. That opened up a huge can of worms because now fans can ask things that WWE might not like on their television even more than mentioning The Elite.

Bryan Alvarez expanded on WWE’s failed electric chair experiment during Wrestling Observer Radio where he made an excellent point.

Alvarez continued saying that “the stupid fans” would tell Kayla Braxton or whoever they have in the crowd that they want to ask about AEW and they won’t be allowed to ask a question. The smart fans will say something else completely just to get time on the mic before launching into an AEW question.

Odds are that if we ever see the Electric Chair segment again it will be much different.