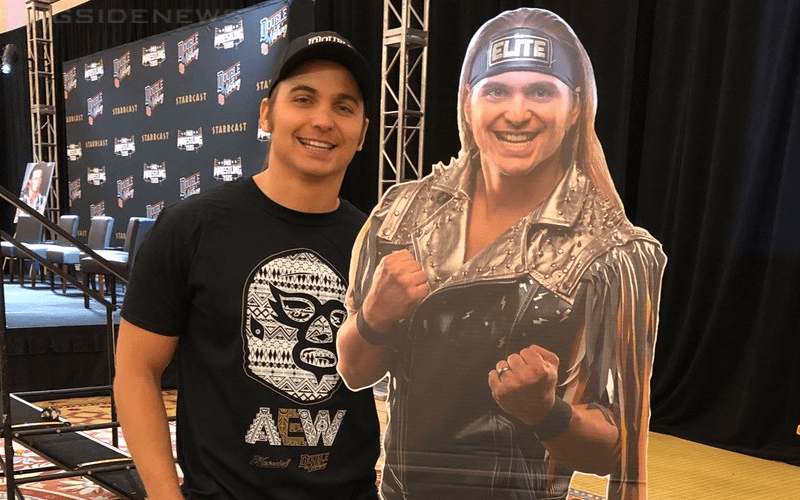 Sami Zayn came out on RAW this week to sit in an electric chair for a little Q&A because WWE is trying to be edgy in their third hour of RAW. This resulted in a slew of questions from the WWE Universe that no fan would ever really ask. Then Zayn lost it.

The former NXT Champion berated fans for asking such stupid questions and said that they could have asked him about anything they wanted — even AEW.

This mention of All Elite Wrestling days after the Double Or Nothing event went down might not have been the best move.

WWE deleted the mention from replays and told Superstars that Zayn wasn’t scripted to mention AEW even though he was. This could lose a lot of trust backstage because you’re not supposed to lie to the boys.

Nick Jackson was obviously watching RAW because he replied back with a still image of Zayn making a brief appearance on Being The Elite years ago.

The AEW Executive Vice President didn’t write anything as a caption in the tweet because he didn’t have to. It was still a pretty apparent mention on the USA Network that could only mean that WWE was certainly shaken up by Double Or Nothing.