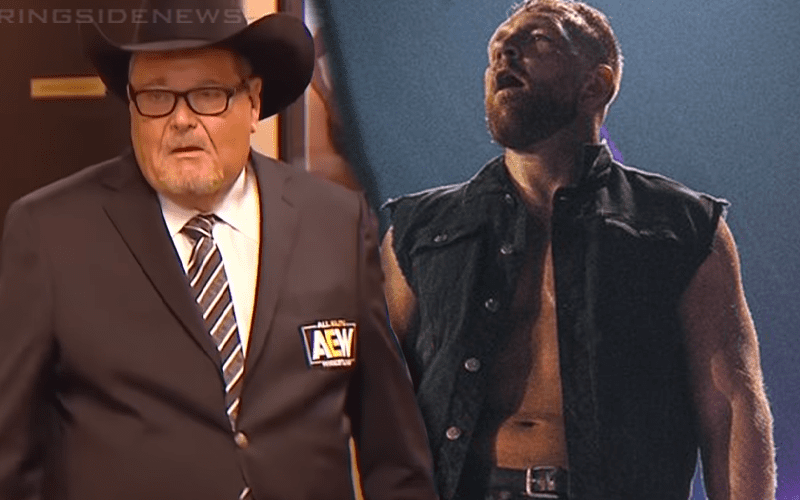 Jon Moxley is now a part of AEW. The former Dean Ambrose is also working for NJPW where he will actually have his first match away from WWE. Jim Ross won’t be calling Mox’s NJPW debut, but he was there at Double Or Nothing. As it turns out nobody knew about Moxley’s debut before it happened.

Sports Illustrated had a chance to speak to Jim Ross who revealed that Mox’s name wasn’t on any format sheets. He did know that AEW was talking with Moxley and was told things were going well between the two sides.

Jim Ross might not have known Jon Moxley was showing up, but The Elite did as they looked on in anticipation to see the big moment happen from backstage.

“I didn’t know it was going to happen. I knew we were negotiating with Moxley. I asked what was happening with him about 10 days ago, and I was told it was going well, but when it came time for the show, his name wasn’t anywhere on my format sheet. It left my mind because I had more I knew I had to prepare for.”

Jim Ross has been the voice behind so many iconic moments in pro wrestling history. This was a big deal for not only AEW, but the entire business as a whole.

The WWE Hall Of Famer had no idea that the former Shield member would be showing up. It’s just a good thing that Good ‘ole JR knew what to call him because his name isn’t Ambrose anymore.