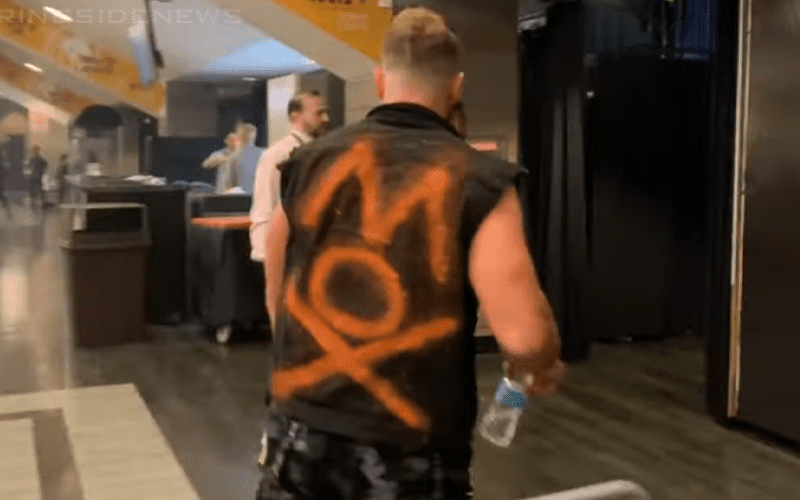 AEW Double Or Nothing would not have been a reality if they never started the Being The Elite YouTube channel. Now that Double Or Nothing is over they had a lot to cover in their latest episode of BTE and it kicked off with something great.

Jon Moxley was shown walking in the corridor of the MGM Grand Garden Arena preparing for his big AEW debut. This isn’t the first time he’s waited for a big entrance through an audience, but he used to have Seth Rollins and Roman Reigns flanking him on either side. Now that he’s no longer Dean Ambrose, Jon Moxley was doing it alone which is the journey he wanted.

Mox paced back and forth while he waited for his cue. He had a bottle of water which he took a few gulps of before spitting them out. It looked like he couldn’t wait to jump out there for the fans and to shut Chris Jericho up. Then the introduction cut short since this was the beginning of the episode.

When Moxley finally made his big debut there was not a quiet person in the arena. They were sitting patiently backstage as Cody Rhodes ran the show. Needless to say, their reaction was pretty epic as well.

Everyone watched intently on the monitor over Cody’s shoulder in the Gorilla Position (they probably need to figure out a name for that in AEW, “The Dusty Position” might be perfect). They were proud of what they had accomplished as they should have been.

Because AEW just pulled off a massive get to fire a vital and viral shot at WWE.