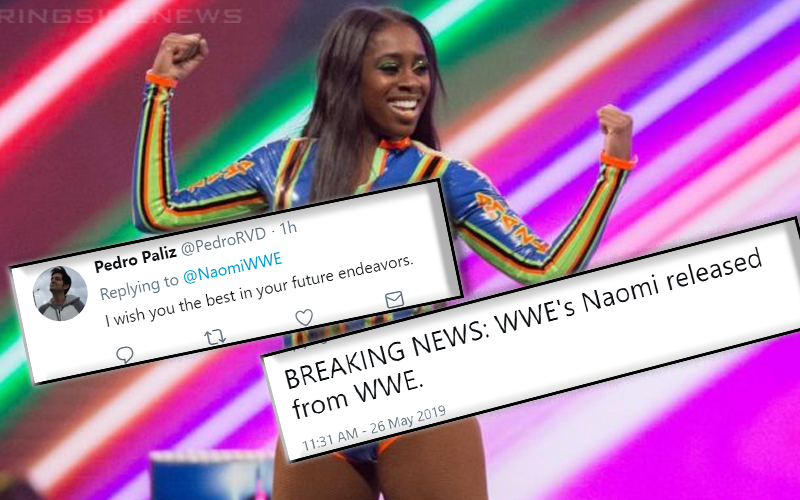 AEW Double Or Nothing was a historic night for pro wrestling. Fans can say what they want about the show, but as the days create even more separation from the Las Vegas event it might actually prove to be even better in retrospect.

If you would like to check out all of the details from that historic night of wrestling you can get our comprehensive AEW Double Or Nothing results here.

The Double Or Nothing card wasn’t as long as WrestleMania, but it didn’t need to be. They were able to produce a well-booked show with a variety of styles and concepts and they did so with half the time and matches that WWE needed to put on their show of shows this year.

Jim Ross’ voice provided a welcomed soundtrack for the historic show and he wanted to know if fans watched the event and enjoyed it. To a lot of people’s surprise, WWE Superstar Naomi replied saying “I did” along with a “love” emoji.

This mention from The Glow caused plenty of fans to jump on her timeline and provide a stern warning.

It’s unknown whether Vince McMahon plans on punishing anyone in WWE for supporting AEW, but Naomi certainly seemed to put a big target on her back if that is the case.