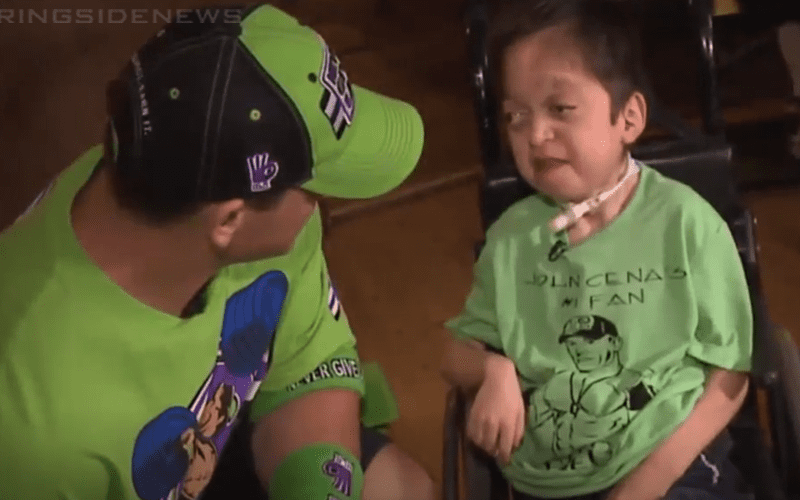 John Cena is a very busy man with all of his Hollywood commitments. He also doesn’t wrestle very much anymore either, but he was certainly willing to make one young fan’s day recently.

Cena visited 12-year-old Diego Hernandez at his home on May 24. The 16x World Champion said that he knew he was early for Hernandez’s June 1st birthday, but he had to stop by.

It’s a miracle Cena was able to get any free time off due to his extremely busy schedule. He has granted 600 Make-A-Wish requests, but he has a much different life than he used to lead as a full-time WWE Superstar.

He doesn’t even have time to wrestle anymore nor is he likely allowed to due to his Hollywood commitments and all the money riding on him to remain healthy.

As KTUU reports, “Diego lives in Staunton and has a terminal medical condition called craniosynostosis that affects skull and brain growth.”

Diego had no idea that John Cena would be showing up at his trailer park, but it was a very welcomed surprise.

You can check out a video below of John Cena being an absolutely wonderful human being and although he couldn’t be at Diego’s birthday he still made the party so much better by bringing some things when the big day arrives.