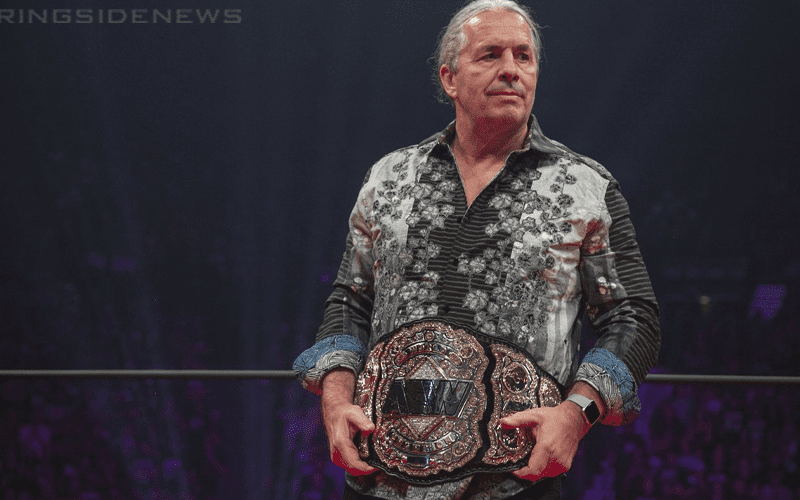 AEW Double Or Nothing included a great segment when Bret Hart showed up to reveal their beautiful new title. However, that was not the initial plan when they booked the show.

Ric Flair was supposed to be at Starrcast where he was going to take part in a panel discussion with Ricky “The Dragon” Steamboat about some of their legendary matches. Then he was supposed to be the guest of honor at his own roast. However, this didn’t happen.

Flair had to undergo a medical procedure on the Monday before Starrcast so he had to cancel the event. Hopefully, they’ll get to the Ric Flair Roast eventually, but it turns out that there was a bigger part for him to play at Double Or Nothing.

Wrestling News reports that Ric Flair was supposed to take part in AEW Double Or Nothing. He was also planned to reveal the All Elite World Title during the show.

Bret Hart was called personally by Cody Rhodes which he thanked The American Nightmare for publicly. However, it turns out that The Hitman was a replacement for The Nature Boy at AEW Double Or Nothing.