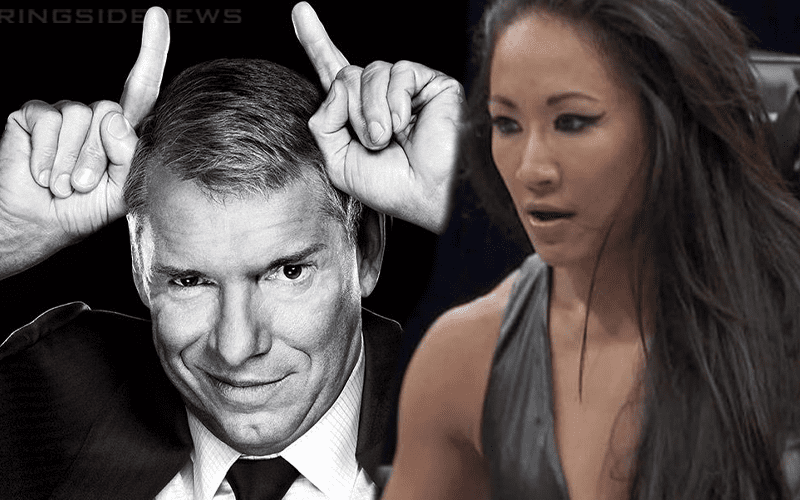 Gail Kim didn’t have the best time in WWE during her runs with the company. She witnessed a lot of things backstage and the creative direction was never to her liking. Apparently, her strong feelings about Vince McMahon haven’t changed one bit.

We’re not getting political here, but this all stated when Kim said: “Anyone is better than Trump. So far, I like her a lot. She’s a front runner for me so far.” This was a remark about Kamala Harris’ popularity and then someone posted an animated gif of Vince McMahon.

Gail Kim saw this reply and responded saying: “He literally is Satan.” We’re not sure if she was talking about Trump or McMahon with that remark, but the two are friends so it could have been intended for them both.

This is not going to win an favors with WWE, but Gail Kim doesn’t seem too worried about burning that bridge since it should be comprised of mostly cinders already.