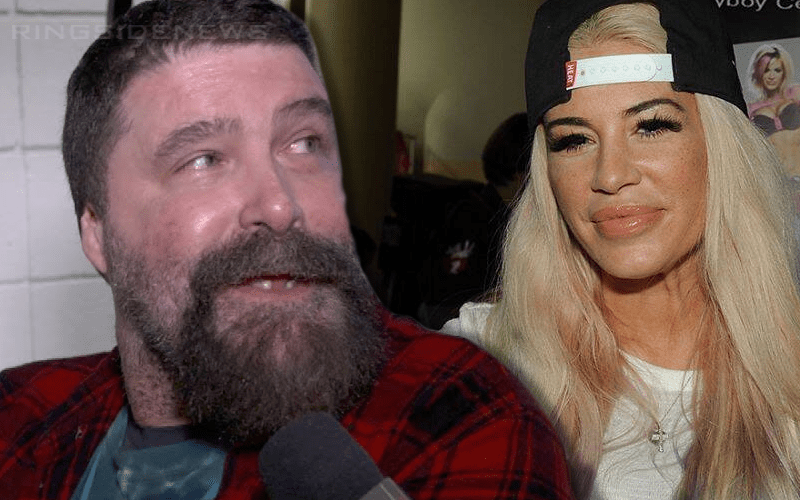 Ashley Massaro would have been 40-years-old today, but she sadly took her own life ten days ago. This was a huge shock that is still being felt throughout the pro wrestling world.

Mick Foley obviously cares for Massaro and her daughter as well. Now Alexa Massaro is without a mother during a crucial point in her life.

A fund was set up to help her pay for college and Mick Foley has already donated $5,000 of his own money to the cause, but he wants to help out even more as he tweeted out an offer for fans.

With an AMAZING $5,000 donation, David Lerman has the #SquaredCircleSisters fund close to $40,000 … in JUST 3 DAYS! Thank you SO much! See you soon…@LilianGarcia will be in touch to get the details!

Hopefully, Mick Foley has to do a lot of running around the country to watch wrestling with fans because that would mean that Alexa Massaro is getting a lot of people to donate for her education. This would certainly mean a lot to Mick Foley as it would a lot of other people as well.