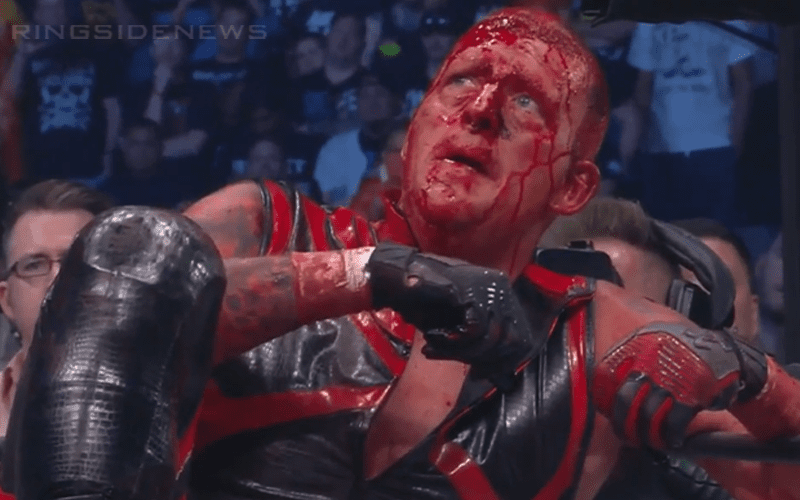 AEW Double Or Nothing is in the books and for a lot of fans the match that stole the show was Cody vs Dustin. This was a bloody war and most likely planned to be a gory match, but it only added to the drama. Now Dustin is giving us an update.

If you want to check out our full AEW Double Or Nothing results you can click here.

Cody Rhodes busted his brother open in a big way during their match. He removed the middle turnbuckle padding and then Dustin returned the gesture by tossing the cover into the crowd.

Dustin charged at Cody and took exposed steel to the head which busted him open. Honestly, the blading Dustin did might have really done the job, but either way the entire ring was covered with the former Goldust’s blood soon enough.

After it was all said and done, Dustin lost his match with Cody, but now they have a tag team match lined up at Fight For The Fallen. Dustin updated fans after the match to let everyone know that he is okay after the bloody battle.

I’m ok. God bless y’all and from my heart of hearts, the greatest night of my life.

Cody Rhodes said he wouldn’t let his brother retire at Double Or Nothing so it’s not going to happen. Hopefully Dustin Rhodes has proved how much he has left in the tank after his Double Or Nothing performance.