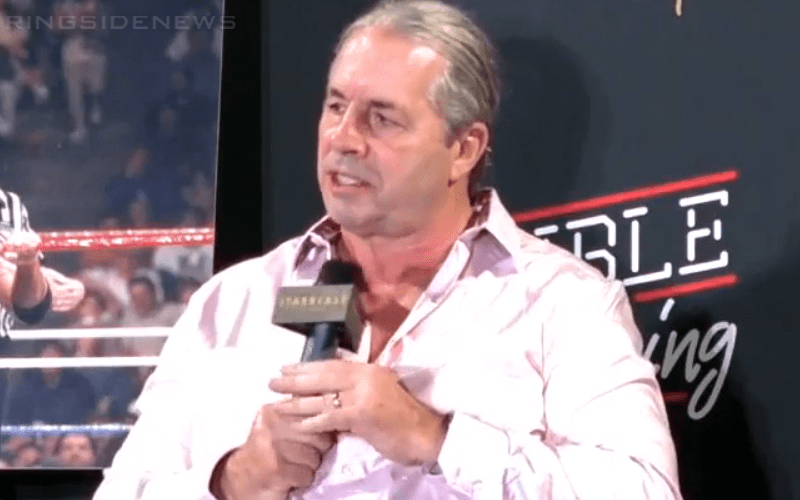 Bret Hart vs Shawn Michaels at Survivor Series 1997 will forever be known as the “Montreal Screw Job.” Hart lost via submission while HBK had him in his own move, but he never actually tapped out.

Vice’s Dark Side Of The Ring recently covered the Montreal Screwjob which Hart did an interview for, however, he’s not too pleased with the end result.

“They did such a shitty job. They only made it more confusing,” Bret Hart remarked while bringing up the Dark Side Of The Ring’s Montreal Screwjob episode during Starrcast.

Then Bret Hart laid everything out to make it very clear about his reason for not wanting to lose at the 1997 Survivor Series.

Bret said it was as simple as him walking up to Shawn Michaels and telling him that he heard that they’re wrestling at Survivor Series and he’s going to drop the title. Hart told HBK that he had no problem putting him over and then Michaels said that he wouldn’t do the same for him.

Bret Hart said that he was very upset about this and went to Vince McMahon who promised Hart that he would say something to HBK about what he said. However, the next day McMahon did not follow through. Instead, he promised Michaels the title and nothing was said to him at all.

This is when Bret Hart says that he stood up and said that he’s not losing to Shawn Michaels until he lost to him in some way to show that he would be willing to lose. It had nothing to do about being in Canada, however, Hart didn’t address who knew about the screwjob beforehand which is one of the biggest topics of conversation.