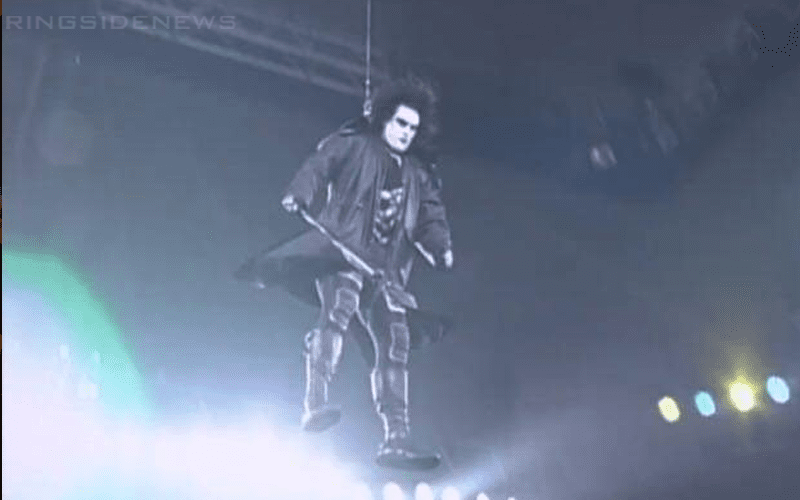 Sting used to descend from the rafters in a Crow gimmick while striking fear in the hearts of his opponents. However, this was still a very dangerous stunt to pull off.

Owen Hart fell from the rafters during WWE’s 1999 Over The Edge pay-per-view in Kansas City. He was remembered during Starrcast with a panel discussion where his legendary work and notorious backstage pranks were covered in great detail.

During his own panel at Starrcast, Sting revealed that although they took all the safety precautions possible, he came very close to falling from the rafters just like Owen Hart did.

There’s a lot of stories and some of them I could never tell but Owen, we could not forget Owen. How appropriate, you guys were acknowledge him. I could tell you some stories. Honestly, there was one night in particular in Chicago at the United Center. We were “this far” from that very thing happening. That was a football field high.

This is a pretty scary story to hear even if it happened twenty years ago.

It is a good thing that they were able to fix this mistake so Sting didn’t fall all the way to the ground like Owen Hart unfortunately did as he plummeted to the ring. However, it would be even better if Owen Hart’s life and career wasn’t tragically cut short in the first place.