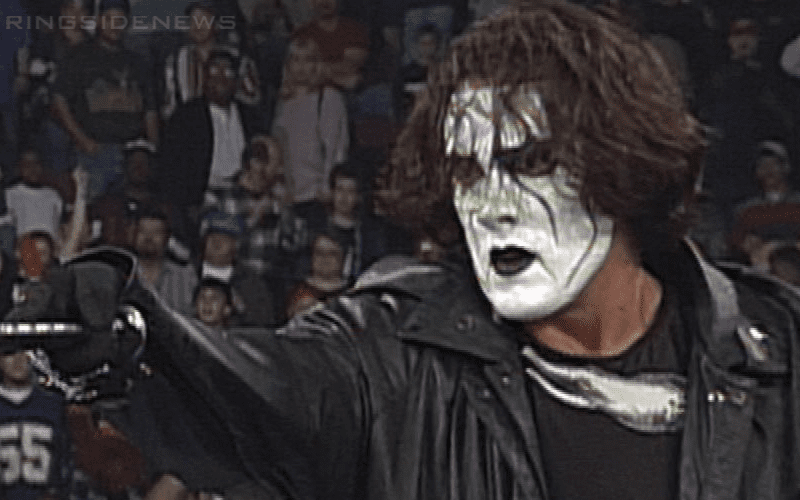 Sting’s famous Crow character fascinated the pro wrestling world as he descended from the rafters each week, but this was a process to accomplish.

“That was an idea, I would probably say Ellis Edwards, that’s a name people don’t talk about before in fact, Ellis didn’t ever get much publicity, but Ellis Edwards was WCW’s kinda backstage stuntman if you will. That was his idea.”

They got to work on rigging things up and testing the stunt which took about two months of testing with a dummy before they got “close to being comfortable hooking Sting up.” Eric Bischoff also noted that Edwards is still “the man today” in WWE when it comes to backstage stunts.