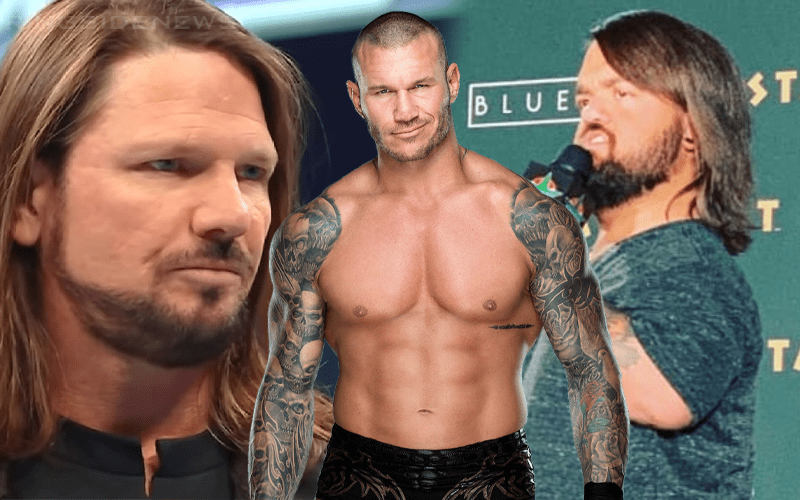 AJ Styles did not decide to sign with AEW this time around. However, he did recently note that his most recent WWE contract will be his last.

Hornswoggle did show up at Starrcast and he was sporting some pretty great hair. In fact, Randy Orton confused him for The Phenomenal One.

When Randy Orton saw a picture of Swoggle and his flowing locks of hair on the Starrcast stage he commented saying: “Traitor” along with two emojis to express that his mind is blown and he’s cursing.

Of course, this is a joke and RKO certainly knows the difference between Styles and Swoggle, but then again, maybe he doesn’t. If anything this still made for a hilarious social media post from The Viper.