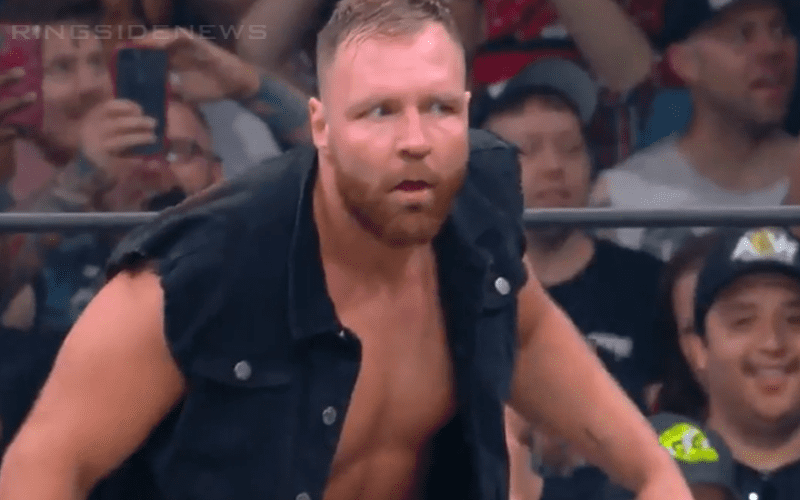 Jon Moxley is no longer Dean Ambrose and he’s not with WWE anymore. He debuted at AEW Double Or Nothing and the roof blew off!

If you want the complete AEW Double Or Nothing results you can click here.

Chris Jericho and Kenny Omega tore each other apart, but after the match was over Jericho had something to say. Jericho was cutting a heel promo and then Jon Moxley came to the ring through the crowd.

The roof blew off of the MGM Grand Garden Arena as Mox jumped the barricade and got in the ring. Moxley gave Jericho a Dirty Deeds and then he went for Omega.

Kenny Omega reversed Moxley and they fought out of the ring. They brawled through the crowd and made their way up to the top of giant poker chips that they had on the stage where Jon Moxley hit Omega with a Dirty Deeds before launching him off of the staging to the floor.

AEW Double Or Nothing ended with the crowd chanting Moxley as everyone lost their minds.