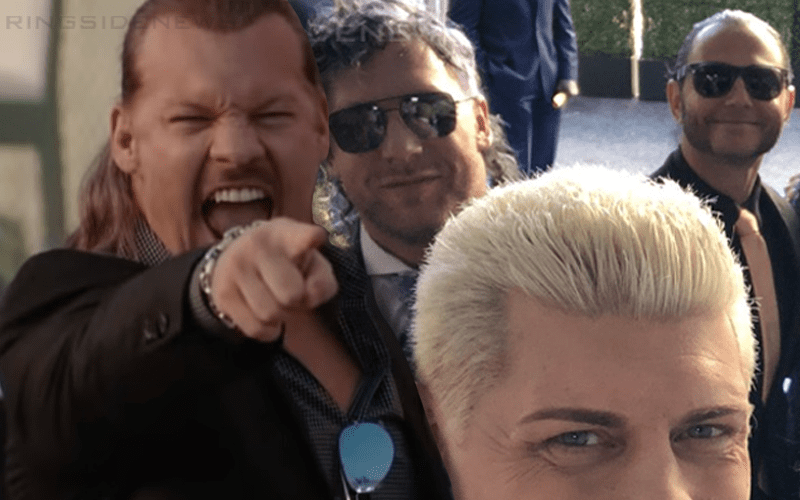 Chris Jericho is set for a war with Kenny Omega at Double Or Nothing. He has been training hard and adapted a new signature move along the way, but he wasn’t invited to the Turner Upfronts.

Kenny Omega was there along with other members of AEW, but Y2J was not in New York City at all. There was a very good reason for this because Jericho could not be around Omega.

Dave Meltzer said during a Starrcast Q&A that Chris Jericho wasn’t invited to the Madison Square Garden Upfronts because Alpha and Omega couldn’t be in the same room without a brawl breaking loose.

Since AEW didn’t want to have a brawl break out during the Upfronts they just let Jericho stay at home.

This was a good move on AEW’s part for a lot of reasons. Not only does it show that they are putting thought into their storylines, or at least Chris Jericho is, but they also have the common sense to not stage a brawl in the middle of potential advertisers and the mainstream press in such a formal environment.