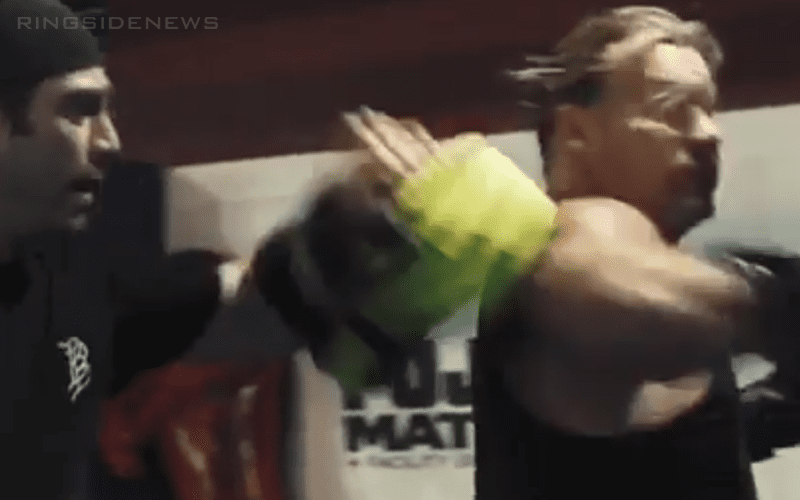 Chris Jericho is known for having an amazing moveset full of legendary maneuvers. Now he is adding to that list.

Y2J is getting ready for Double Or Nothing and he is in great shape for his match against Kenny Omega. The Cleaner better look out too, because Jericho has something new in store for him.

The first-ever WWE Undisputed Champion uploaded a video showing off his new spinning elbow move he is dubbing as The Judas Effect. This is a pretty intense strike and is a very smart move to add to his moveset.

After all, an effective move can be done on anyone and everyone is vulnerable to getting elbowed in the face.