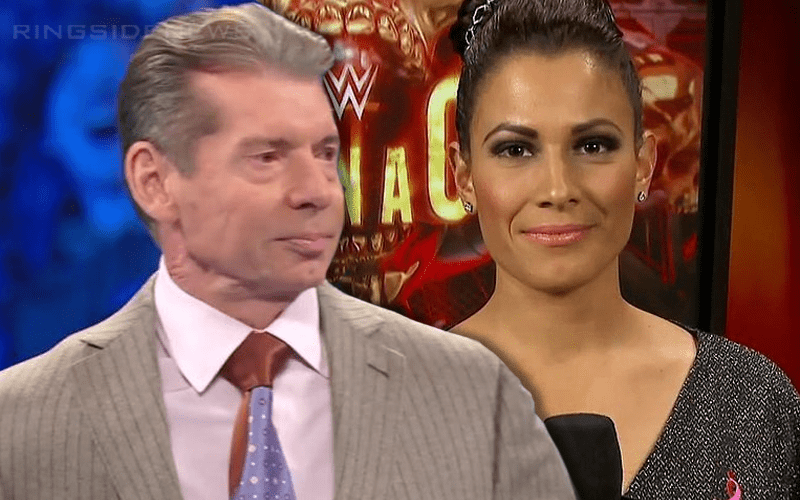 Dasha Fuentes is no longer with WWE and was let go just before WrestleMania. This came as a surprise because she was a favorite backstage and the fans really liked her too. However, the only man you have to appease is Vince McMahon and apparently, he didn’t like how she worked.

Fuentes previously revealed WWE’s reasoning for letting her go. She was shocked by their decision because it was caused by a backstage interview she did with Roman Reigns gone wrong. Fans didn’t see anything wrong with it, but this was the last straw for McMahon.

Fightful Select reports that Fuentes was released from WWE because of the way she used her pauses. Vince McMahon also saw her questioning as “redundant.”

A backstage employee told Fightful that Vince McMahon didn’t like that Fuentes was “redundant and pausing” her speech during the interview, which contributed to the termination

Dasha Fuentes was able to show more personality in that interview with Chris Van Vliet than all of her time on WWE television put together. She was a bit stifled and in the end sometimes Vince McMahon will see the fault in anything. It is his show and everyone must be able to perform to his standards.

It is very interesting that Dasha Fuentes was let go for this reason, but then again, we’ve heard of McMahon firing people or killing their push for small reasons before.