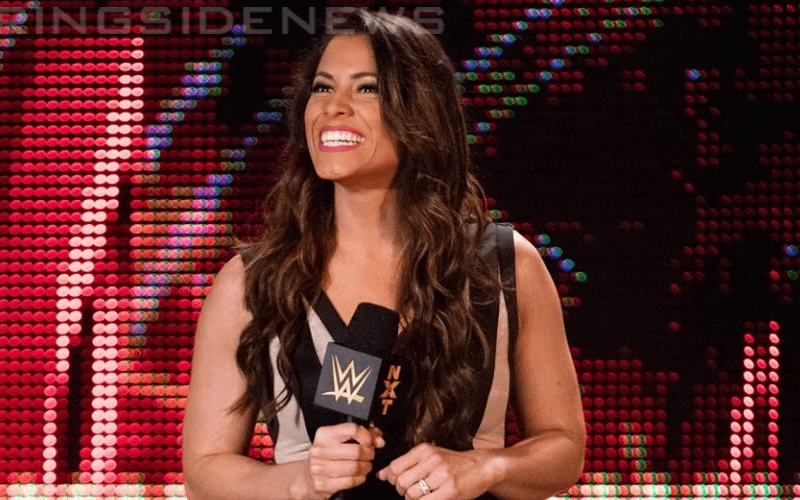 WWE released Dasha Fuentes who was known for her backstage interview skills on SmackDown and 205 Live. She was with the company for a while after coming into NXT in 2014, but she is no longer filling that role and the company already has a replacement for her.

PW Insider reports that Dasha was in New York City for WrestleMania this week, but she did not make it to the show of shows. She was actually given the information about her release on Thursday.

The exact reasoning for Dasha Fuentes’ WWE release wasn’t made clear, but this was not something she asked for. She is now vacationing as she updated her Instagram recently including tropical pictures in a post-WrestleMania getaway that was planned well in advance. It is still good to see that she is able to enjoy herself.