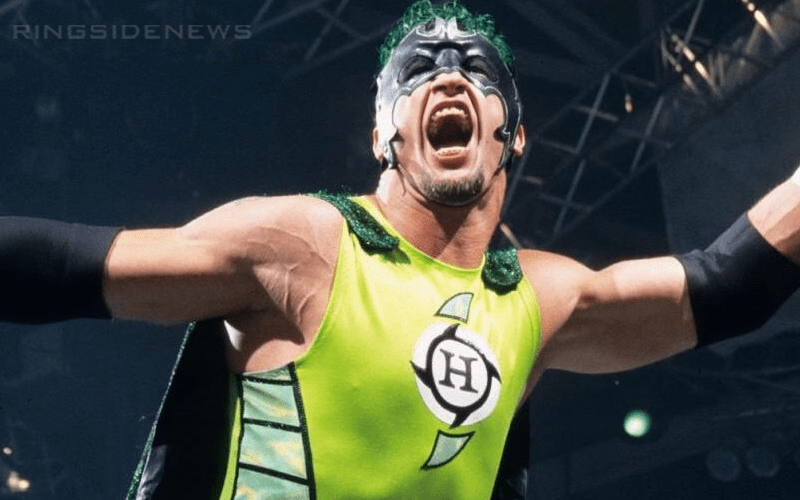 Hurricane Helms appeared at ALL IN which is likely the only time he will be wrestling for The Elite after signing on as a WWE agent. However, he didn’t walk away from the Sears Center with any money for the gig.

While speaking to Fightful, Helms revealed that he gave his ALL IN payday right back to Cody Rhodes. He considered this a gift because he realized how special The Elite’s pro wrestling mission is.

“It was Starrcast with All In, so I was booked for that as a part of Keepin’ It 100. Then they booked me for a live viewing party. Conrad loves when I host things and talk crazy and that stuff. Being if Ring of Honor with Cody, I said I’d be there if they needed me for anything. I said ‘I’m not looking for a payday, I like what you all are doing, I’ll contribute in any way I can.’ Cody was worried about insulting me by offering me something he thought was beneath me.”

“I was like ‘Bro. No. Whatever you need, I’ll do.’ He paid me and I sent it back. I told him I was going to do that. It was my gift to them for doing what they were doing. It shined such a positive light on the business. It shows you what’s possible when you do things the right way,”

AEW’s first event is tomorrow and Double Or Nothing is stacked to be a huge show. Hurricane Helms won’t be making an appearance on the show, but it is a pretty safe bet that he will be watching from home and rooting on The Elite as they continue furthering the expansion of pro wrestling.