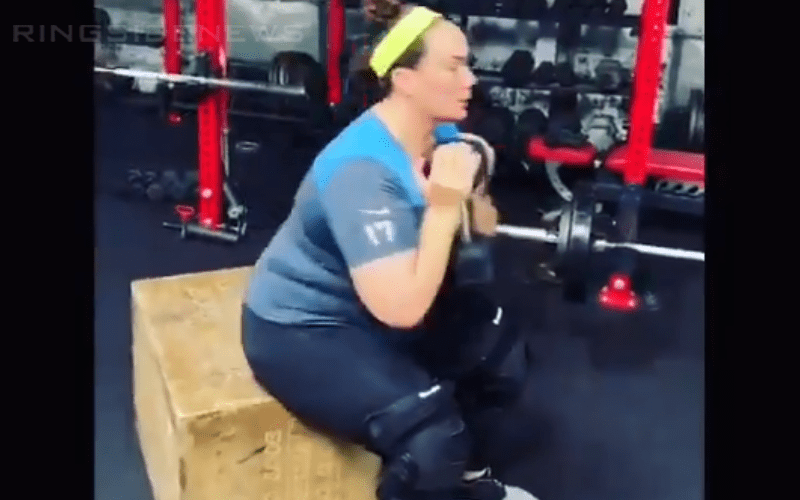 Nia Jax last wrestled at WrestleMania 35 and she was unsuccessful in winning the WWE Women’s Tag Team Titles with Tamina Snuka. One big reason why WWE didn’t book her to win is because The Irresistible Force was injured and needed both knees repaired.

Jax wrestled for nearly a year with bad knees, but she kept going. However, surgery couldn’t be avoided. She went under the knife shortly after WrestleMania and got straight to the gym to start her recovery.

She might have a long road ahead of her, but she’s already showed her progress in the gym. Now she is updating fans once again to show off as she commented saying: “4 weeks post bilateral ACL surgery.”

It looks like she’s well on her way to making a return. Her type of injury can take some time especially considering her occupation, but just because she’s injured doesn’t mean she’s not able to fire some shots online.