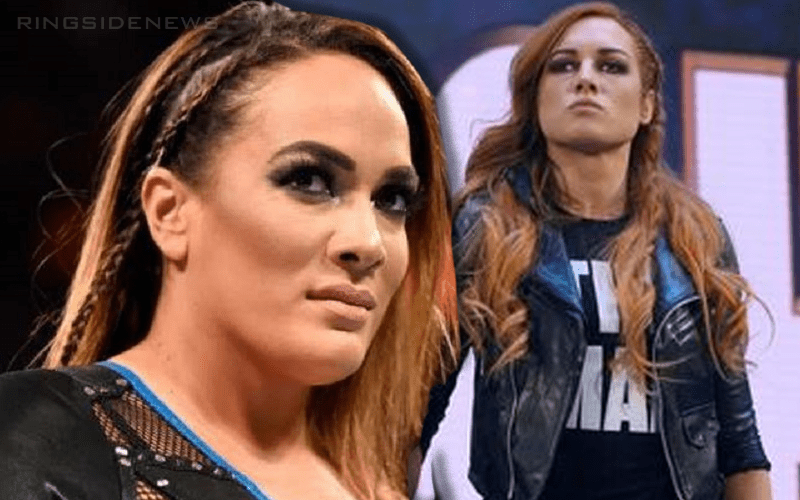 Becky Lynch might have two challengers at Money In The Bank, but Nia Jax looks to be waiting for another chance to break The Man’s face.

We previously reported that Lacey Evans was doing some bathroom cleaning with Becky Lynch’s merch. The Man saw this display and replied saying: “Lacey giving Nia a good scrub to promote.”

Lynch was cutting a little online promo on Lacey Evans while kinda calling Nia Jax a toilet. Then Nia Jax popped into the conversation with a few words of her own.

Bitch, go back to tanking ratings and making your two “belts” completely irrelevant. While you’re at it, have @LaceyEvansWWE teach you how to take a proper shower, you moldy cabbage smelling ginger


Things could get very interesting at Money In The Bank, but don’t expect to see Nia Jax. Whether she likes to admit it or not, after a double knee surgery The Irresistible Force has quite a bit of healing to do before she can get back in the ring.