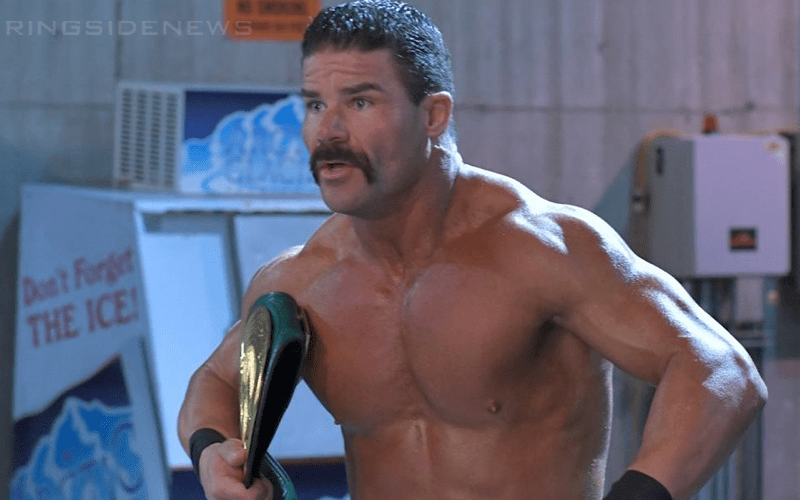 WWE introduced a new 24/7 Title on Raw this week and the reaction was less than favorable.

Waffle House even got in on the fun of trolling WWE’s new title design. At least it has given R-Truth some great material for viral videos.

Brad Shepard noted on Oh, You Didn’t Know that one of his sources in WWE confirmed to him that the company was aware that the new title was not received very well by the live audience. He also had some pretty interesting things to say about how the title is perceived backstage as well.

“I asked for feedback on the 24/7 Title introduction and the 24/7 Segments from Raw and a source in WWE thought the artwork and design of the title was pretty disappointing and stated ‘this was a jobber title to give those guys something to do.'”

“They know the crowd was flat as hell for the introduction of the title and said they couldn’t blame them.”

Mick Foley openly took the blame for the Albany crowd’s lack of response when he introduced the new title. It wasn’t Foley’s fault though and he should know that. It is sad that he would even think that would be the case considering the fact that he likely had a chance to look at the new belt before he pulled it out of his little black bag.

Only time will tell what WWE does with this 24/7 Title from this point on, but R-Truth’s segments on SmackDown Live and Drake Maverick’s airport bits could be a huge saving grace for the new strap if WWE continues in that direction.