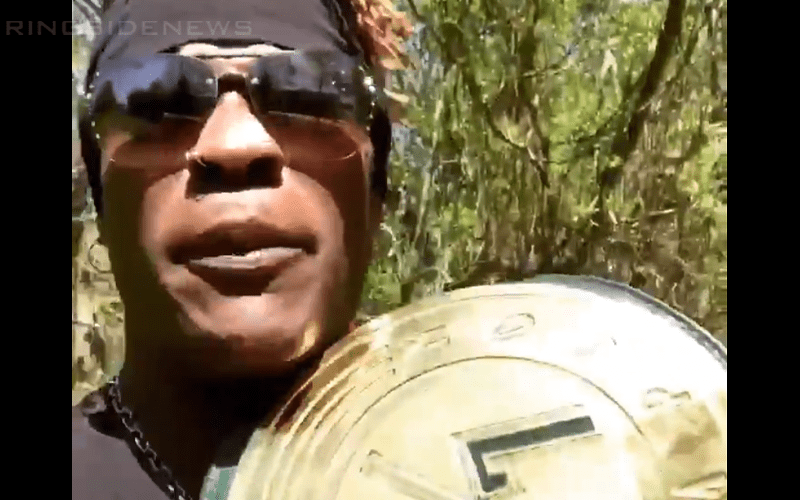 R-Truth is the current WWE 24/7 Champion, but he could lose the title at any time. That is what the belt is all about.

This gimmick where the title can be defended and lost at any time and anywhere is very interesting and R-Truth could be sweating it. He has plenty of people after him and Drake Maverick even started canvasing the area looking for Truth and the title.

The current 24/7 Champion is also a two-time WWE Hardcore Champion. So he should know how to defend the title after losing the previous incarnation twice. Truth is hiding out with his new title, unfortunately he might not have received the memo on what the title is called.

“I’m trying to get to SmackDown to talk to Vince McMahon, talk to Shane, talk to somebody because we need to change the stipulations about this European Championship.”

Truth is looking to change the stipulation so he’s not holding a title that can be defended 24/7. However, it might be hard to do seeing that his current “European Championship” is actually called the 24/7 Title.