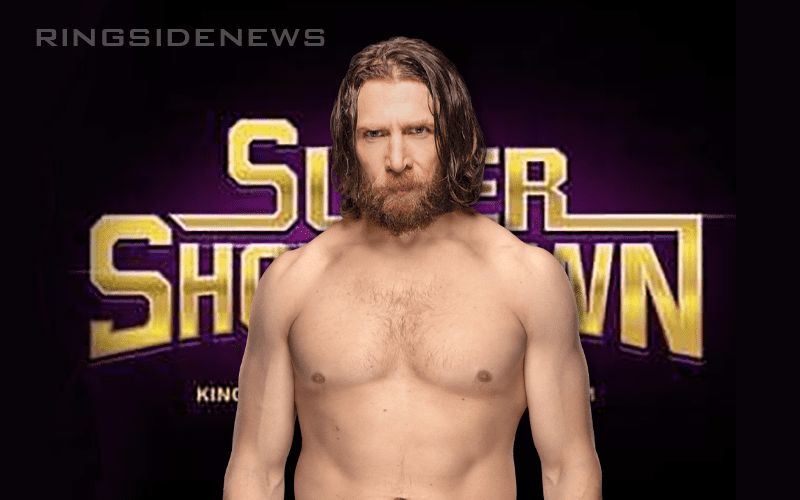 WWE is promoting their next Super ShowDown event as taking place in “Jeddah.” Although this is true, they are neglecting to use the name “Saudi Arabia” on television. That doesn’t change the fact that WWE is still going to KSA.

Daniel Bryan told WWE that he didn’t want to go to Saudi Arabia the last time they went to the controversial country and things haven’t changed.

Dave Meltzer explained another reason on Wrestling Observer Radio for Dolph Ziggler’s insertion into the WWE Title picture was due to the fact that 1/2 of the SmackDown Tag Team Champions has told them that he’s still not going to KSA. However, Roman Reigns did change his mind after telling the company the same thing last yer.

“So the thing is they couldn’t go with Daniel Bryan because he’s not going to the show either so and the other thing that we found out was remember when Roman Reigns got leukemia there were rumors going around that he wasn’t going to go, well obviously he’s going.”

Daniel Bryan still does not want to travel to the Kingdom Of Saudi Arabia out of moral reasons. However, The Big Dog obviously changed his mind.

The KSA shows are viewed very differently depending on who you’re talking to backstage, but it looks like Bryan Danielson isn’t altering his stance about things.