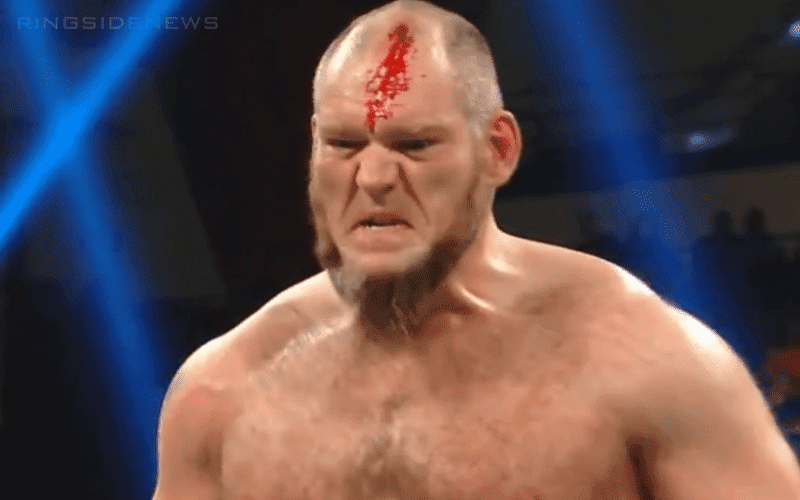 Lars Sullivan invaded Money In The Bank to break up a six-man tag team match that was never supposed to happen. However, he was still busted open in the process.

Sullivan pulled off his top rope headbutt and maybe he’ll think twice about landing that move from now on. Because he was split open in the process.

Kalisto actually busted Sullivan open with the spikes on the top of his mask. This might have appeared to be an accident, but in a now-deleted Tweet from Kalisto, he seemed to hint that he did it on purpose.

it Wasn’t his head-butt….

WWE has a strict no blood policy now. This is why the Rey Mysterio vs Samoa Joe match was ended so soon last night.

It is still a very interesting idea that The Freak was busted open on purpose whether it was WWE’s plan or Kalisto’s little nod to his previous comment that Sullivan needs to stay out of his way.