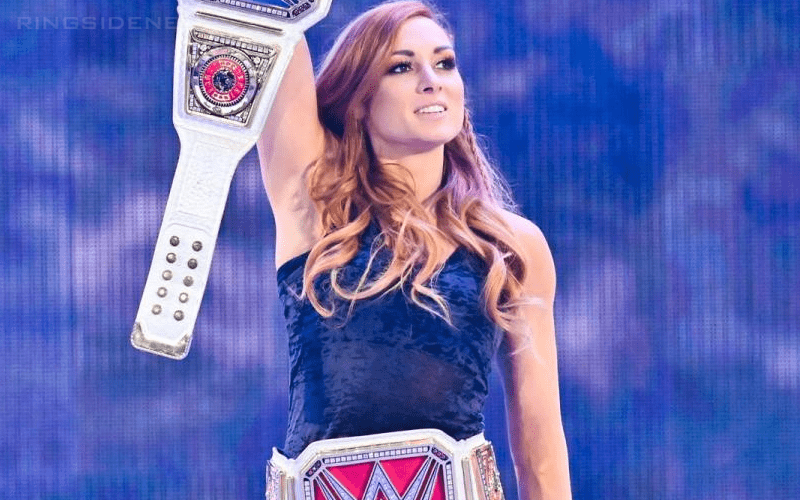 Becky Lynch picked up both the RAW and SmackDown Women’s Titles at WrestleMania. This made her Becky Two Belts, but it also meant that she had to defend two titles at Money In The Bank.

Lynch is set to face Lacey Evans for the RAW Women’s Title and Charlotte Flair for the SmackDown Women’s Title. Those are two matches come with a fair amount of challenge for The Man, but fans wondered what order she would be facing her opponents.

During the Money In The Bank kickoff show, it was revealed that Becky Lynch will be facing Lacey Evans first followed by her match against Charlotte Flair. It was not noted what order in the night those matches would go down.

As we previously reported, the working plan is for the Women’s Money In The Bank ladder match to kick off the pay-per-view event with the men’s MITB ladder match headlining the show. This could provide a great opportunity for a cash-in, but we will just have to wait and see what happens during what could be a very unpredictable night of WWE action.