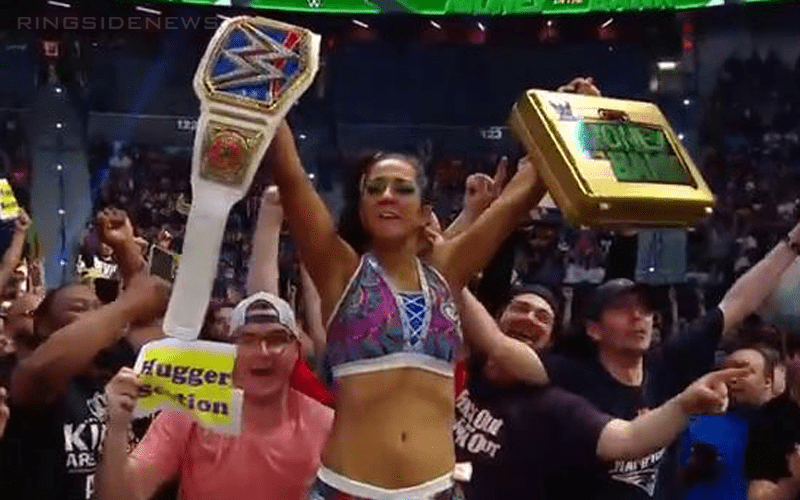 Money In The Bank is often an unpredictable event and this year was no exception. It looks like company is keeping a two-year streak of women cashing in on the night of the big show.

If you want our complete Money In The Bank results you can click here.

Bayley won the Women’s Money In The Bank ladder match to earn a guaranteed contract for a Women’s Title Match. Since Bayley is on the blue team, that meant that her sights were set on Becky Lynch.

Things changed when Lacey Evans assisted Charlotte Flair in defeating Becky Lynch for the SmackDown Women’s Title. After the match, the two heels beat down Lynch and then Bayley ran down for the save.

Flair took out Bayley and then Charlotte got greedy. She went for a spear and Bayley dodged it causing Flair to knock herself out on the second turnbuckle. This is when Bayley made her move.

The Hugger quickly cashed in the Money In The Bank contract. She hit Charlotte Flair with an elbow drop from the top rope to win the match and her first SmackDown Women’s Title.

After her win, Bayley celebrated in the crowd and was an uber babyface in Hartford. 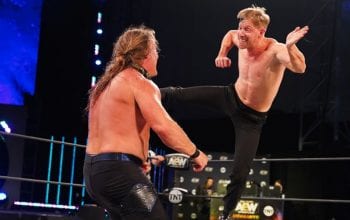