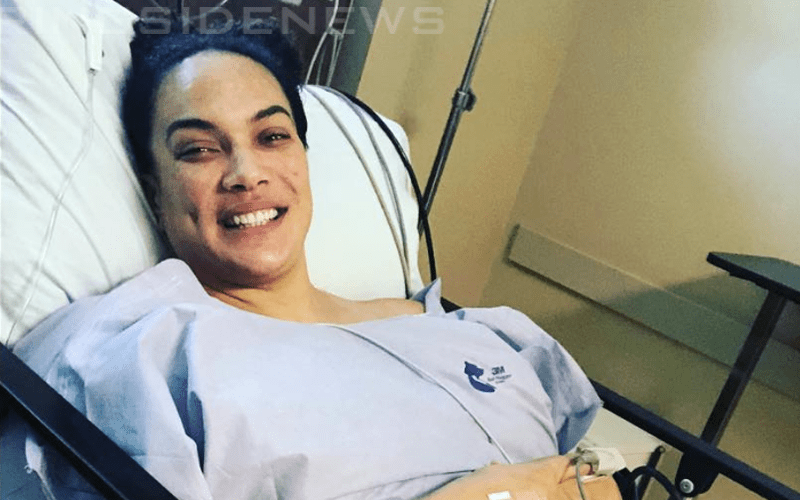 Nia Jax competed up to WrestleMania 35, but then she needed to take some time off. Jax suffered two knee injuries that both required surgery. Now she is waiting until she is cleared to return.

Jax was able to walk with some assistance on the day of her surgery and she’s making great progress. After her most recent update, it sounds like The Irresistible Force might be making a WWE before we initially thought.

Awww you guys are amazing!! Thank you all for sending the beautiful messages. I am doing very well, better than doctors expected , these messages are just keeping me motivated to get back to the ring quicker! Im so grateful


Nia Jax actually worked while injured for a while. She needed to have this done before it escalated into something more serious. It is good that she works for a company that is willing to work around her need to take care of herself.

From the sound of things she’s impressing her doctors as well. There is still quite a ways to go for Nia Jax, but this is good new so far.