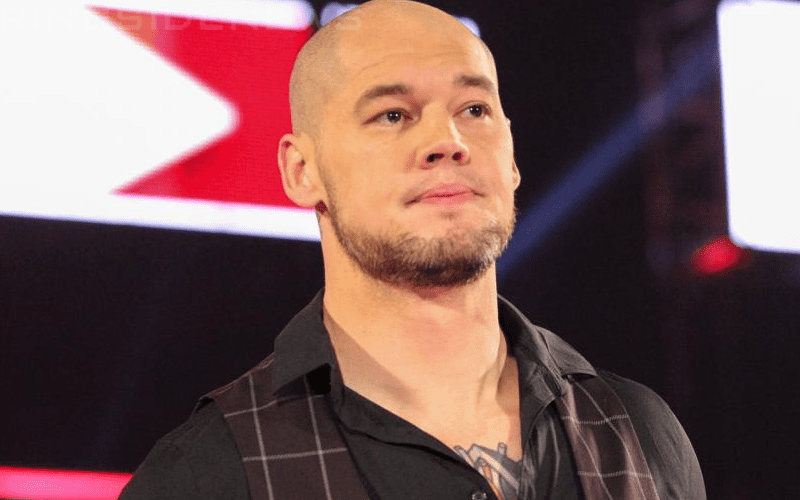 Baron Corbin is a unique individual. He loves to get a rise out of fans and is a heat magnet. This does not change when he logs onto Twitter.

A fan decided to come down on a match booked for RAW this week. Baron Corbin saw this and since he had some free time he decided to give this fan a piece of his mind.

As a fan you cry if people wrestle each other more than once, you cry if the story doesn’t fit what you want, you cry if it’s just a match. I think you would cry if you picked the matches. Twitter turds are never happy

One fan thought that they would troll Baron Corbin’s ring attire by placing him behind a counter via Photoshop. He said to shut up and take his order because he has been waiting for 24 minutes already. Then the former RAW General Manager had his own reply.

Picking up for uber eats doesn’t make it your order. This place is out of your price range.

Another fan replied to Corbin saying: “Whining is the final step before moving onto something else. Everyone wants what they want when it’s their time/money being spent on something.” This prompted Baron Corbin to agree as he continued to bury the haters.

Correction whining is just the norm today. And then people think it makes cool to put it online.

Fans might never be 100% happy with everything. However, it is always a good idea to pay attention to what they are actually saying sometimes.

Because in the end there would be no WWE without the fans. This is something that the company probably needs to take into consideration as we move forward. In the meantime, Baron Corbin seems to be having a good time deflecting the hate.