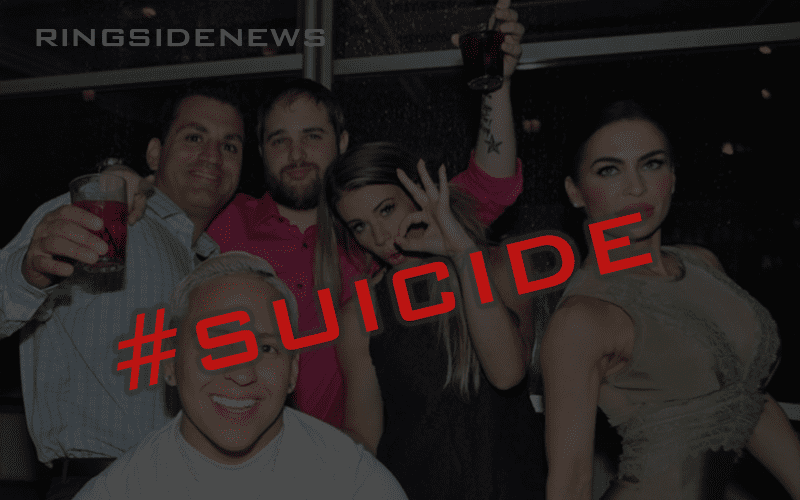 Ashley Massaro is no longer with us. She was only 39-years-old and will be missed by her many friends, fans, and family members. Our deepest condolences go out to everyone involved in this sad situation.

Former WWE Diva and close friend of Massaro’s Rochelle Loewen posted a troubling note following the news of Ashley Massaro’s death. She used #IDidntUnderstand #ImSorry #Depression and #Suicide in her post while saying that did didn’t understand what Massaro meant when saying that she was “in pain.” They apparently had a “girls trip” to Las Vegas planned on the day of Massaro’s death.

It should be noted that Loewen has gone back and edited out #Suicide from her post. However, Hollywood Life documented this and suggested that Massaro’s death points to an “apparent suicide.”

Dear Ashley, when you said you were in pain. Maybe I didn’t understand to which extent. You were supposed to be here in Vegas on this girls trip (which I’m on right now). We spoke yesterday. You said you were coming. Now. Now. Now, you’re gone. I’m at a loss. I don’t know how to process this quite yet. I miss you Ashely. I miss you already babe. We spoke no more than 24 hours ago. #imsorry #ididntunderstand #depression #careforyourfriends

Ringside News is not confirming Massaro’s passing was the result of suicide, but apparently, depression was an issue according to Rochelle Loewen’s Instagram message.

As we previously reported, police stated that they are not likely to release an actual cause of death due to her passing being classified as “non-criminal.”

This is an extremely troubling situation and our deepest condolences once again goes out to everyone involved.

If you or any of your friends are struggling with depression, suicidal ideations or gestures please contact the National Suicide Prevention Lifeline at 1-800-273-8255.

Take care of yourselves and your friends.