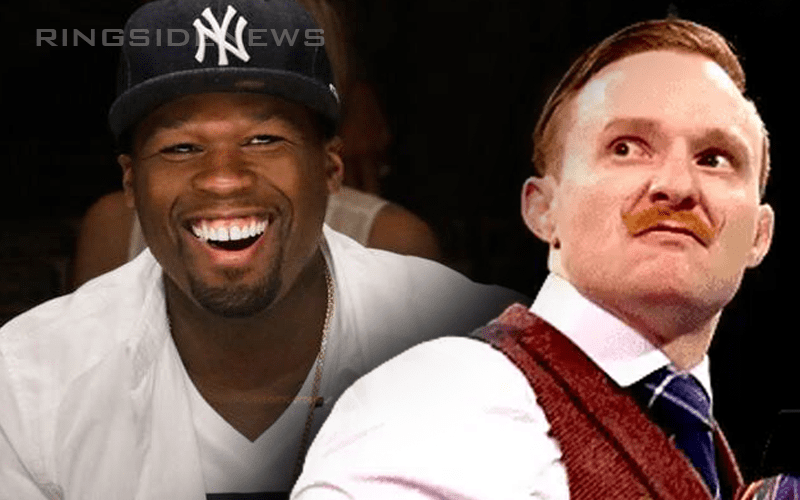 50 Cent is a very busy man so he doesn’t have time for everybody. He’s got a lot of things that he needs to be doing and one WWE Superstar learned that the hard way.

Jack Gallagher is currently in talks with Bellator and although nothing has been signed just yet, Bryan Alvarez noted on Wrestling Observer Live that talks are further along than just “talking.” He also confirmed that Gentleman Jack had great company at the Bellator 221 event, but he was also snubbed by 50 Cent in the process.

This was a pretty great little story, but maybe 50 Cent will eventually realize who he didn’t shake hands with when Gallagher is competing in the cage. It’s unclear why the snub went down, but maybe Gallagher will make a bigger effort to get a handshake the next time he’s in 50’s presence if that happens again.