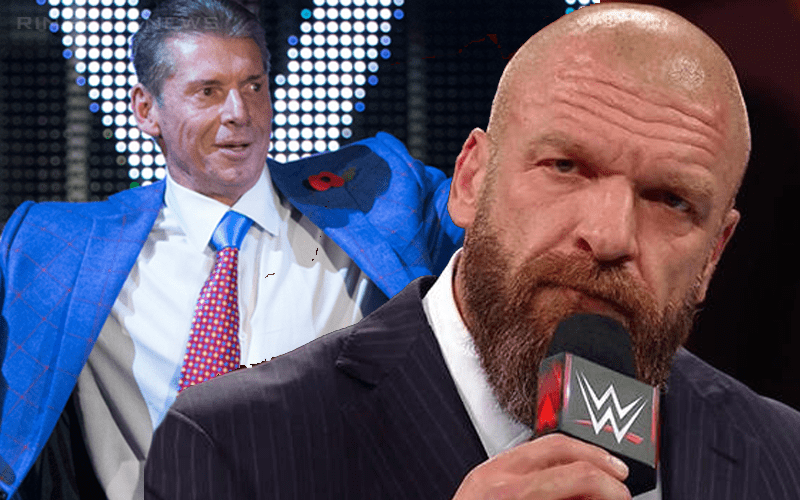 Vince McMahon runs WWE how he wants the company to go, but new reports could indicate that he is actually watering down his own product because he is listening to too many ideas.

Triple H is said to be frustrated with the company’s current creative direction, but the fact is that he might not get as much face time with his father-in-law as most would assume.

“I’m told that Triple H doesn’t speak to Vince McMahon as much as one would think,” Sean Ross Sapp said on Fightful Select.

The Wrestling Observer Newsletter also noted that Triple H “picks his spots to talk with Vince, but never does it in front of anyone.”

Triple H wasn’t even informed about losing four top NXT Superstars when Johnny Gargano, Tommaso Ciampa, Ricochet, and Aleister Black were called up to the main roster. If Triple H would have been informed of this then maybe he could have clued Vince McMahon in on the neck surgery that Ciampa needed.