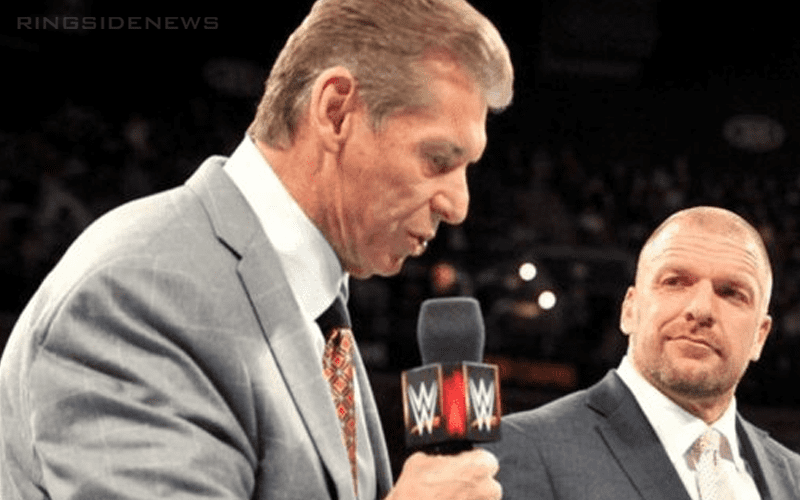 Triple H wants the best for NXT Superstars which stands to reason because he helps a lot of them out while they are in developmental. However, once they get to the main roster it is all up to Vince McMahon. This is causing a huge rift.

Vince McMahon is continuing the run WWE the way he sees fit without taking any suggestions. At this point there could be tons of people calling for his retirement, but as one caller who is in the know said to Wade Keller on PW Torch‘s Raw Recap show Vince McMahon has no plans of giving up that control.

Now Triple H is increasingly becoming “the most frustrated person” every single night.

“No one should rip on WWE creative. They have some of the most brilliant, unbelievable cool ideas that I’ve ever heard… We’re writing for an audience of one and never forget that [and if not] you’re out of here.”

It is quite easy to be sympathetic to Triple H in this situation, but there is nothing anyone can do about how Vince McMahon books the show.

The Game can help foster all the talent in the world, but if McMahon wants to change their names or never let them win then it continues to be his show to book as he pleases.