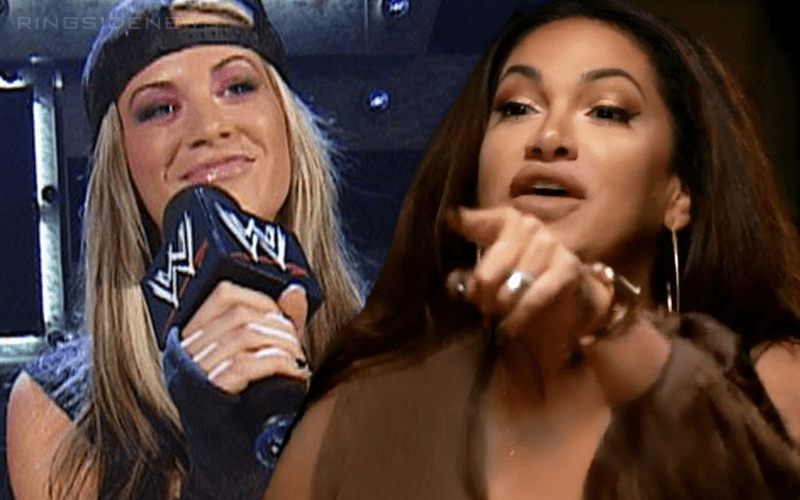 Ashley Massaro sadly passed away today on May 16th 2019. She was only 39-years-old and no cause of death has been announced yet. The police did reveal that her passing was “non-criminal.”

The pro wrestling world has reacted in a big way to her passing, but Reby Hardy did not acknowledge it online directly. However, some fans are under the impression that she did.

Matt Hardy and Massaro were a couple back in the day. Now Reby Hardy is married to Matt and they have two awesome sons. That is all the backstory you need, but some fans think there might be even more going on.

There was an online publication that decided to run a story about Matt and Ashley’s relationship after she died. Some fans are under the impression that this article was the subject of Reby Hardy’s tweet. However, she did not specify and it caused some huge issues.

Yes, Massaro and Reby had a Twitter back-and-forth last year. All of that started when Massaro found a mixed tape from Matt Hardy that she received in 2005. Then things escalated, but fans haven’t forgotten about it.

Reby Hardy tweeted out a smiling and a kissy face emoji about an hour after the news broke that Ashley Massaro died. This might have had nothing to do with the 2005 Diva Search winner’s passing, but some fans certainly didn’t take it that way.

Needless to say, Reby Hardy’s timeline got messy in a hurry. Hopefully, Reby can clarify what she meant by this post. Some people are defending her comments by saying it had nothing to do with Massaro, but others are not being kind at all because the IWC seems rather upset right now.

What we do know is that Hardy commented later on saying that she doesn’t care about this subject matter. Apparently, she was just trying to tweet about RuPaul’s Drag Race.

Thx mama. People desperately trying to force me to care about something I don’t give a fuck about & looking for it in shit that ain’t there. Im out here tweeting about drag race but I’m fat & ugly cuz I ain’t in mourning lol

This didn’t help the IWC’s issues with her previous tweet.