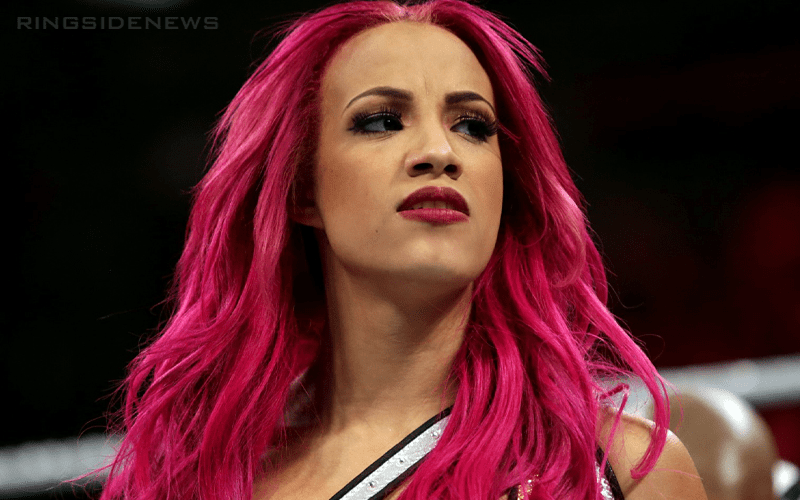 Sasha Banks reportedly told WWE that she wanted to quit the company around WrestleMania. Now she might be singing a different tune.

One fan tweeted out something in which The Boss was tagged. They said “I unfortunately side with @wwe in the case of @SashaBanksWWE. Quitting because you don’t want to lose is extremely selfish. As a 4 time women’s champion and first women’s tag team champion alot of women put you over for you to walk out like this!!! #ungrateful.”

Yes, Sasha Banks checks her Twitter mentions because she saw this and replied: “Who said that?”

So if you ask The Boss she didn’t walk out of WWE or tell them that she wanted to quit. This is very interesting because it is not the story we have heard at all.

Let’s just wait and see how this situation pans out, but the last report we heard was that there is no new information regarding Sasha Banks’ possible return to WWE at this point.

When Banks was told that this fan heard about her quitting on the internet she didn’t have the most positive note to add about that either. It should be worth mentioning that we have heard stories about Sasha Banks’ status with WWE from multiple reputable sources and they are all all telling the same story.