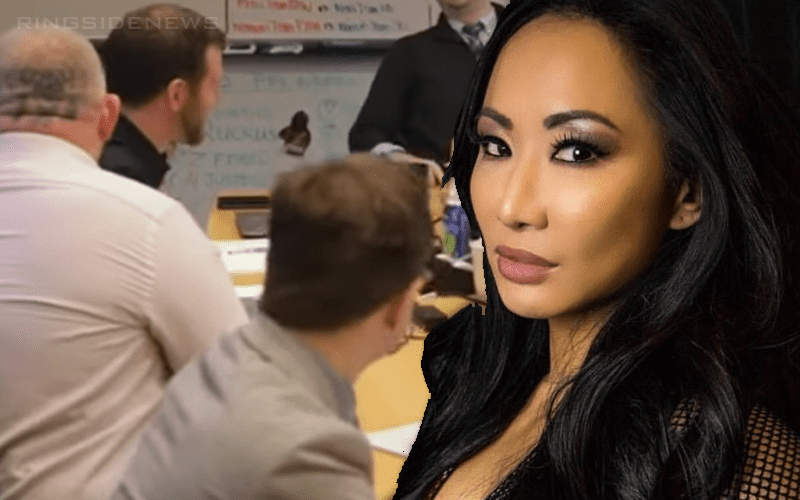 Gail Kim is no longer a part of WWE and has a happy home at Impact Wrestling. It doesn’t sound like she is interested at all in going back either.

One fan thought they would suggest to Gail Kim that she should join WWE as a writer. That sounds like a great fit, but Kim wouldn’t have it.

Omg I would never. I used to see writers coming out of the their rooms stressed and even crying.


Stories of how hard it is to be a writer in WWE are now stuff of legend. It seems like more are coming all of the time and we actually have a couple we’re working on here at Ringside News that should be out soon.

Gail Kim had enough of WWE after her final run with the company. Sure, a WWE return for Kim sounds like a great idea and could certainly see her in the WWE Hall Of Fame. However, she is in the Impact Hall Of Fame and that seems to be good enough for her.