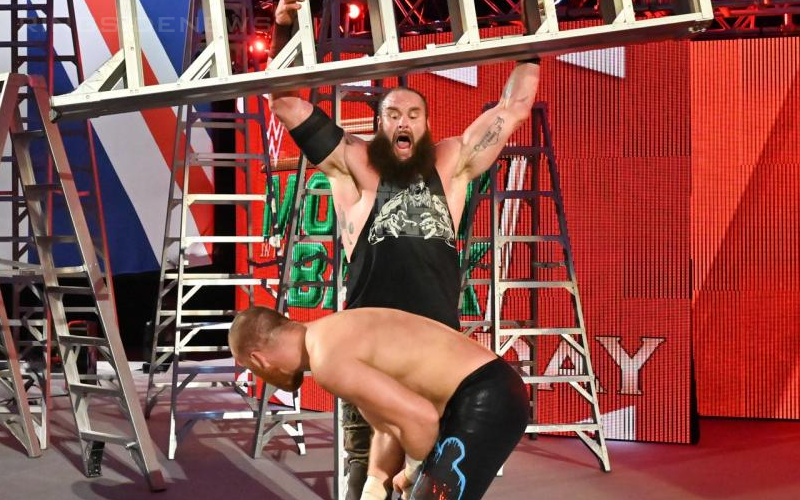 Braun Strowman lost his spot in the Money In The Bank ladder match this week on RAW. Now Sami Zayn is in the spot instead, but there was a reason for this move.

Vince McMahon likes to change things at the last minute and altering that big match during the go-home episode of RAW really wasn’t anything unusual. However, there actually seems to be a reason for a switch this time.

Dave Meltzer said on Wrestling Observer Radio that in spite of the seemingly random direction of things, WWE has a plan.

“So the thing is that the Braun Strowman being taken out of the match is part of a longer storyline that will play out.”

You could tell on RAW this week that they were painting Braun Strowman in a sympathetic light. He was ganged up against in a big way and had to fight multiple heels in the process of losing.

This could make Money In The Bank much more interesting if WWE sticks with their current plan, whatever it might be.