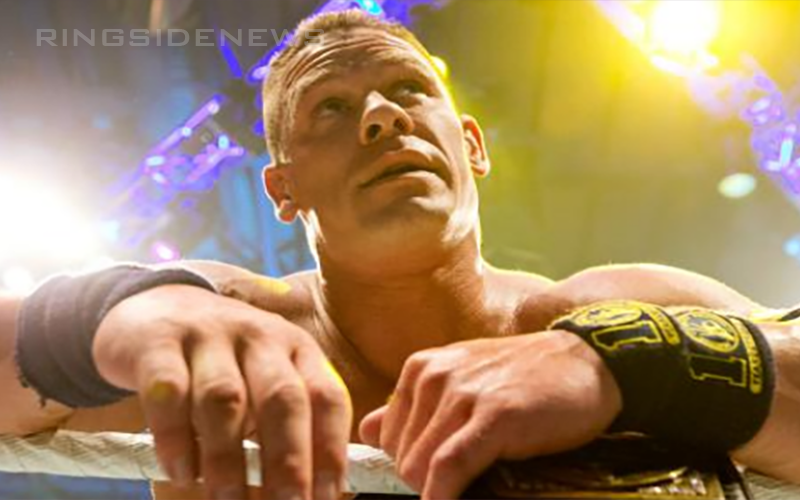 John Cena had an incredible run with WWE where he saw a ton of success and sold truck loads of merchandise. However, with Hollywood now blowing up his phone he must make a decision.

While speaking to The Wrap, Cena said that he doesn’t know if he will continue on with WWE at this point in his career. He admits that he has talked with “the man in the mirror” and wondered if he should carry on with his pro wrestling career.

“The WWE does not need me. I need it and I love it, and I love every single moment I’m associated with it, but I felt it the first time this year at WrestleMania: I took a step back and looked at everything and (realized) it is such a powerful machine.”

“I’ve made it a promise never to shortchange the WWE consumer. They are dedicated, they demand excellence and if I can’t keep up with the speed of the show then I’d coach, I’d go down to the Performance Center often and speak to the students. I live in Tampa, which is close to Orlando. I am not saying ‘I’m doing this and leaving you guys behind.’ I’m having a talk with the man in the mirror and saying I might be a step slower and I am not sure it is right for me to go on. You always want to walk away at the right time and never want the courtesy clap from the audience.”

John Cena’s career will be fine even if he doesn’t make a return to WWE. WrestleMania 35 was a loaded card with nearly 20 matches, but none of them featured John Cena. This was something he definitely noticed.

Only time will tell when WWE can get John Cena to make a return of some kind. It is likely he will be back especially with the new Fox deal coming up in October, but he could always opt to walk away and leave the spotlight to others as his career in Hollywood continues to grow.