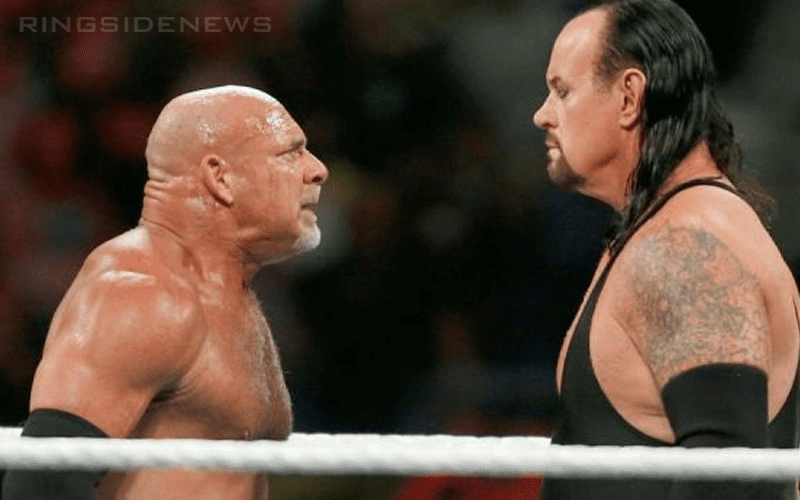 The Undertaker will take on Goldberg at WWE’s Super ShowDown in Saudi Arabia on June 7th. This was previously a match only held in the video game world as fans put together dream matches. Now it will become a reality in 2019 which is arguably at least a decade too late.

Dave Meltzer discussed this upcoming match during Wrestling Observer Radio. He said that the match WWE booked for Saudi Arabia would go over much better in the United States, however, that is not the world we live in. Therefore, it is probably best to keep this match very short as the two legends battle for supremacy in KSA.

“The one thing with Undertaker and Bill Goldberg is that you’re pretty much telling people that they’re probably going to do a three-minute match and it’s probably for the best that they do.”

“So for Undertaker, god knows I can see why he would come back for that, you know what I mean? It probably won’t be too bad. I guess it’s too bad that it’s not in the United States, it’ll work [in Saudi Arabia] too, but if it was in the United States the aura would carry through their three to four minutes easily and it would end up being good.”

We will have to wait and see what really happens when those two legends are in the ring together. The interesting part might be who actually wins the match.

Neither Goldberg nor Undertaker should be working very long matches, especially in a singles environment, but we’ve been surprised by WWE’s booking before.